Going Out For Italian: The Beretta APX Centurion Review

The gist of our Beretta APX Centurion review is this: it's awesome. It's one of the best new striker guns we've had in the office for some time, and you should definitely check them out.

Beretta's APX line has unfortunately just never received the press that they deserve. There are too many striker guns out there (EVERYONE makes them) and it's hard for any of them to stand out from the pack, or for that matter stand out from the market being dominated by Glock.

But you really should be giving this pistol a look. It has some incredibly smart features and since it's in the Goldilocks Gun size class, it makes a dandy carry pistol. Let's go over why.

Beretta APX Centurion: The Tale Of The Tape 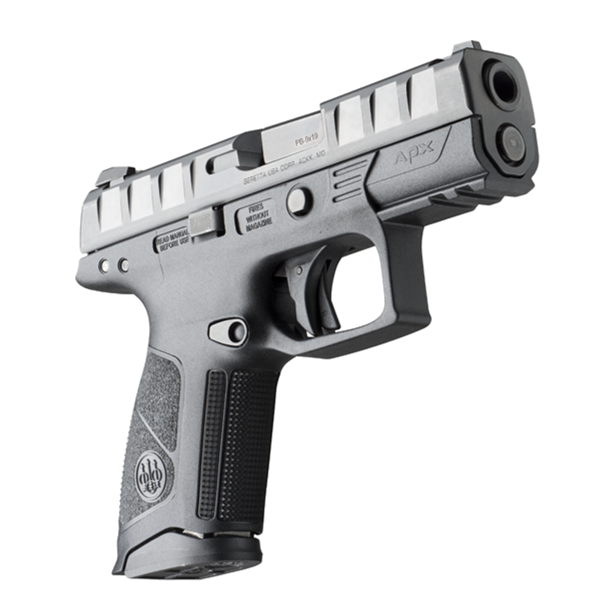 Before we get into the features, let's go over the specifications of the Beretta APX Centurion.

The APX Centurion occupies a middle ground between the APX Compact and the full-size APX pistol, with the same barrel as the APX Compact but a slightly longer grip to accommodate a larger magazine, though not the same 17-round unit as the standard APX.

Dimensions are as follows:

Your mileage may vary on price; I found them online for as little as $460.

The pistol is striker-fired, with a striker deactivation button for safe takedown. It has the standard safety features of a firing pin block and tabbed trigger safety.

The grip has stipling on the front of the grip housing, and stipled swappable backstrap panels. The gun ships with three of them so you can dial in the fit.

Standard sights are white 3-dot, though they are dovetails and drift-adjustable in case you wanted to swap them for night sights or fiber optics.

The pistol has the serrated APX slide that people are used to, so nothing out of the ordinary there. Slide release controls, as usual, are low-profile and ambidextrous. The magazine release button is reversible, in case lefties want to swap 'em. The takedown lever is not, so you're out of luck there.

The pistol includes a Picatinny rail for mounting accessories, and has the long shelf beavertail and low bore axis that Beretta APX pistols are known for. It also shares the modular trigger group, so you can take it out of the Centurion chassis and drop the slide onto the Compact's frame if so desired. The APX, after all, was designed for the US military but lost out to the Sig P320.

The Centurion, again, fits between the APX Compact and the full-size APX, so it's basically a mid-size gun. Granted, that's a pretty crowded space in the market...is the Beretta APX Centurion worth bothering with? 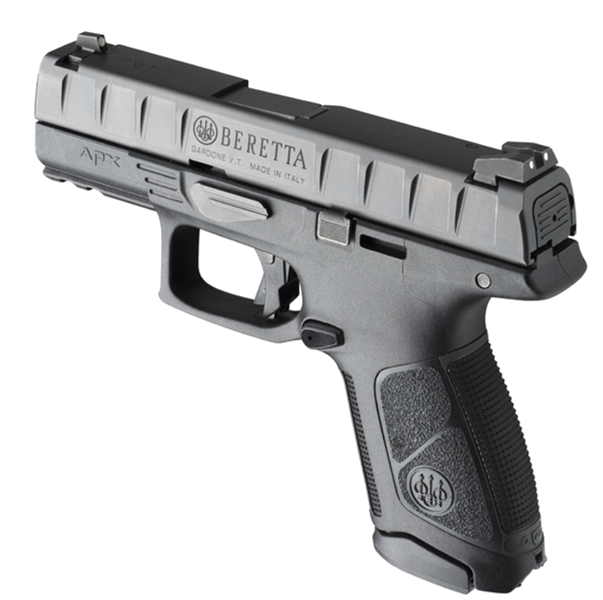 Many others have noted in their Beretta APX Centurion review that it's a remarkable pistol, comfortable, accurate and reliable. It definitely is. Not only that, but it has some wickedly good features that merit you looking at this pistol.

The longer backstrap than other compacts gives you a high, tight shooting grip with absolute ease, with a low bore axis for some incredibly comfortable shooting. Ergonomically, it's excellent, right up there with the Walther PPQ, CZ P10C and the VP9. Absolutely outstanding.

The stipling is excellent, rough enough to ensure a solid grip but not so rough that it feels like you're holding a rasp.

The trigger is excellent. While not quite as crisp as the bang switches of the PPQ or VP9, it's darn close. Reset is short, tactile and audible so riding the reset is made ridiculously easy. Another smart feature of the trigger is an overtravel limiter, so you get consistent short resets. Among the striker pistols, it's definitely one of the better go-pedals.

The dimensions of the APX Centurion are just about perfect. It's a bit on the big side, but not SO big that you can't deal with it.

It is a little heavier than some other compact pistols. When handling or shooting the gun, you don't notice that as much; it's very well-balanced and many have praised it for being very pleasant to shoot. The relatively low bore axis and outstanding ergonomics definitely help in that regard!

If there were any complaints I had, it would be the following:

It would be better with night sights or fiber optics. If there's something I wish more gun companies didn't do, it would be white dots. While I understand that it's a business and so on, a fiber optic set is NOT that expensive to make or install. But c'est la vie.

Takedown is a bit complicated. You have to deactivate the striker, then depress the takedown button on the right side of the frame, and THEN the takedown lever will rotate down. It's a little convoluted and depressing that takedown button is a real chore. I had to resort to covering the end of a desk with cloth and pressing it that way. Granted, I imagine that softens with time, but it wasn't easy.

Inside the slide, the mechanism is simple but hardy, and machining lines were clean. I'd have trouble imagining this pistol wouldn't run for years and years.

← Previous Next →
1 Comment(s)
Jake Cartwright
Glad to see Sam reviewing this amazing pistol! I bought one a while back, and quickly realized that although it is a fantastic midsize striker, aftermarket accessories are hard to come by; for whatever reason, it's really just not a very popular pistol. I love mine, and hope the APX line begins to gain a little traction in this crowded market.
Reply