Winter is eventually coming, and it's a good idea to have a handle on shooting with gloves. After all, not everyone lives in the Florida Keys, spending their time nibbling on sponge cake while watching the sun bake all of those tourists covered with oil.

Thus, if you live in an area where wearing gloves is necessary for part of the year, you're going to need to be able to do so. After all, concealed carry is different in winter vs summer.

Granted, nothing changes about the fundamentals. You still need to draw, present, get a sight picture and fire. Everything about that is the same. The basics are you need to train wearing gloves, and you need to make sure that the gear you're using is going to work. Outside of that, there's no great mystery. 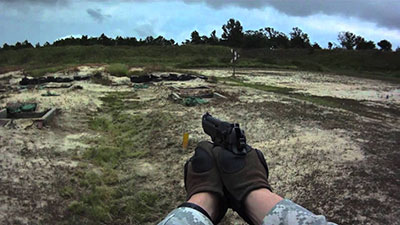 What some people might think is to buy a pair of shooting gloves and just wear those.

It isn't the worst idea, and truth be told if the most time you spend outside is just going from a parking lot to the office or your house...it's not like you'll get frostbite or anything.

Granted, you're going to look like a total dork wearing tactical gloves into the office. At a certain point, you might want to dress like a grown-up, for Pete's sake. You're on the wrong side of 40, Greg!

Or maybe you don't; it's totally fine if not. You do you, boo. Live your truth.

A better solution is to get a pair of winter gloves that you can shoot with that also happen to work well as winter gloves! However, this is going to require finding a pair of gloves with the right attributes so that they work well for the purpose.

This is an aspect of concealed carry during cold weather that should be addressed, along with clothing choice, holster choice and so on. You want to figure it out BEFORE you get out on the street.

What You Want In A Pair Of Gloves For Concealed Carry 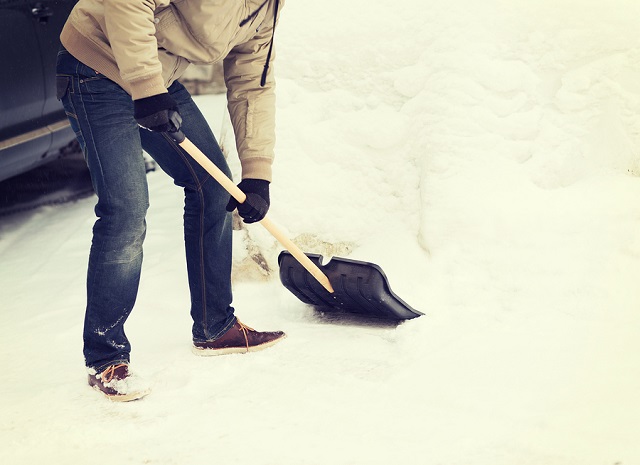 What you want in a pair of gloves you're going to wear while you conceal and carry is a balance of factors.

They should, at bare minimum, be at least a little warm. DUH.

Waterproof or at least water-resistant construction is a plus if your area gets heavy precipitation. You may have to wear them when you go out to shovel.

Ultimately, the most important thing is that the gloves need to be thin enough to get through the trigger guard of your carry pistol, and have enough texture to grip the pistol well. This is kind of obvious, but it does need to be said.

So long as shooting with gloves isn't problematic with the gloves you wear, you're golden.

Okay, so now that we got the basics, let's build a little.

A decent pair of lined leather gloves are going to be a very good pick. Plenty are made with a modest lining, giving you warmth without bulk. So long as you don't lay on too much waterproof wax for the winter season, quality leather has enough texture for grip.

You don't even have to spend too much, either; you can get a decent pair for about $30 on Amazon. Cost-effective, practical, and they look good too.

Synthetic materials are more waterproof, however; leather requires care to avoid water damage. There's no shortage of great GoreTex gloves, but finding a pair that's thin enough to work with a compact or subcompact pistol is the devil's own job.

You can also find winter shooting gloves out there that will work very well. These are a smart pick, so long as they work with your gun. Not all pistols have a trigger guard large enough, however.

Therefore, it's imperative that - if possible - you test the gloves to see if they work with your carry gun before buying and carrying. 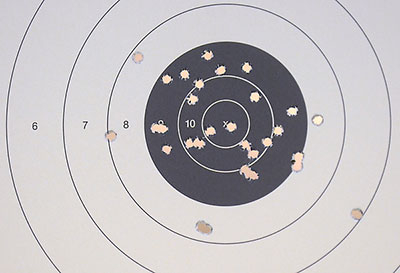 Before winter starts, you need to put in some reps shooting with gloves before you put your gun in your IWB or OWB holster.

Train how you'll fight, so you need to put in reps dressed like you're going to be dressed. You need to be using the holster you're going to use, with the pistol you intend to use. If you're wearing gloves, those too.

You don't need to log hours and hours and expend box after box at the range; you can get most of the benefits with dry fire sessions. Spend a few minutes a day clearing cover, drawing, presenting and getting a sight picture and dry-firing your pistol. However, make sure you also put in range time as well; dry fire is great for practicing mechanics but you need time using live ammunition as well.

This will help you fine-tune your clothing and gear. You need to stay warm and dry, of course, but you also need to stay EFFECTIVE.