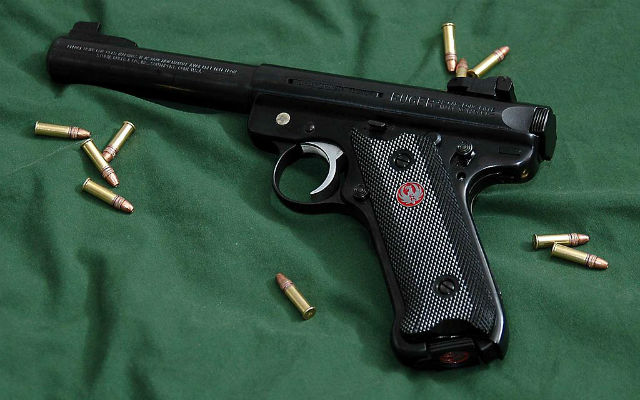 Read Our Guide To Dry Fire

Why You Shouldn't Dry Fire A Rimfire Gun

Modern centerfire guns are totally fine, but the one class of firearm you should never dry fire is any rimfire gun, be it a rifle or pistol. Due to rimfire firearm design, dry firing can easily damage the gun.

The reality is that only a few guns are unsafe to dry fire, but rimfire guns in particular should either not be dry fired or should only be dry-fired with a snap cap. Let's go over why...

Rimfire Vs Centerfire: The Cartridges, The Guns 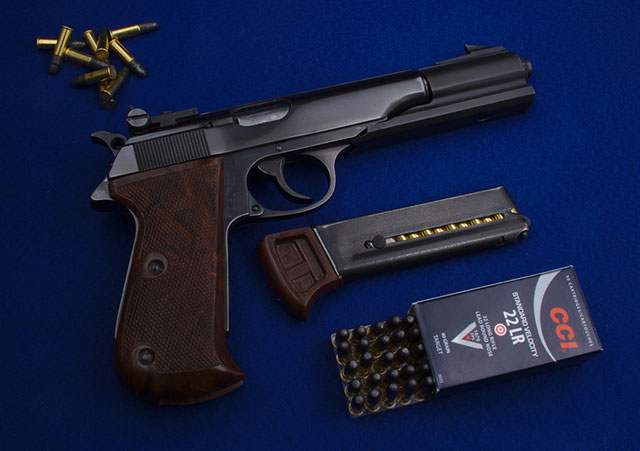 The difference between rimfire vs centerfire cartridges is that rimfire cartridges have the primer powder in the rim of the case, rather than a primer cap in the center.

If you were to look at a cross-section of a rimfire cartridge case, you'd see a tiny hollow space all around the rim.

How they're made in the factory is a tiny drop of primer powder is dolloped into the case. The cartridge cases are spun in a centrifuge, spreading the powder around the bottom of the case and filling the cavity inside the rim.

A centerfire cartridge, by contrast, has a channel in the middle of the case, leading from the face of the rim into the main chamber of the case itself. A primer cap is installed in the center.

In either cartridge type, a firing pin or hammer strikes the case, causing the primer powder to ignite and send a spark into the main propellant charge. That ignites in turn, causing a pew to happen.

So, understanding the difference between rimfire and centerfire ammunition, now we come to why you shouldn't dry fire rimfire guns.

In Rimfire Guns, The Firing Pin Can Contact The Frame And Break

So, how a rimfire gun discharges a cartridge is by the firing pin and/or the hammer striking the rim of the cartridge, igniting the primer and sending a spark - again - into the main propellant charge.

That's just like a centerfire gun of any sort - like a pistol, rifle or shotgun - but here's what's relevant about that:

What stops travel of the hammer or firing pin is the rim of the cartridge. Not very far away from the rim, is the rest of the chamber. That tends to be a chunk of metal.

The firing pin or hammer tends to be a little chunk of metal. Often enough, instead of an actual pin, it's a relatively thin blade of metal that hits the rim of the cartridge.

Since the energy of the firing pin is going into a relatively soft brass case, hitting the cartridge can't really hurt the firing pin. However, slamming into a steel chamber wall...is going to damage it at some point, if not instantly.

In other words, the thin little firing pin or hammer that's common to most rimfire guns can't take the impact on a harder surface and therefore, will break.

Now, there are some exceptions, but you have to put in a bit of work to find out if YOUR rimfire gun is not included.

The firing pin or hammer of any centerfire gun, however, literally hits nothing but dead space. It's no big deal to dry fire them at all, unless the firing pin isn't heat-treated, which is sometimes the case with older guns.

So, that's the reason you really, really shouldn't dry fire a rimfire gun.

UNLESS, of course, you put in a snap cap. Then it's totally fine.

Can Dry Fire Hurt My Gun? Only If It's A Rimfire Or Really Old 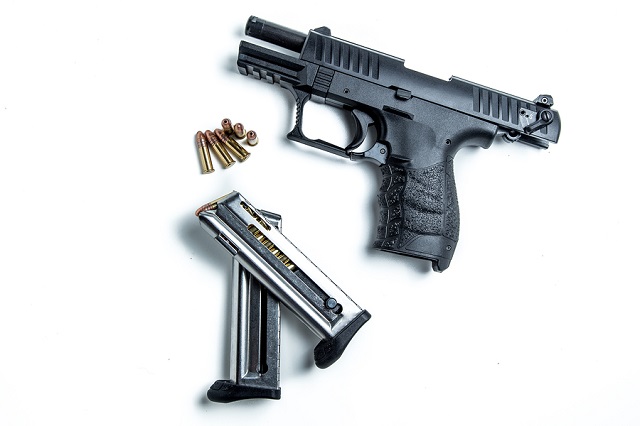 And, in fact, they should be!

If you want to attain any kind of skill with a gun, even if it's for sporting purposes rather than for defense or hunting or whatever, dry firing is one of the best possible tools for getting there. You can put in meaningful repetitions at no cost, without having to worry about ammo.

If you want to dry fire an older, vintage gun or ANY rimfire gun, use a snap cap. Then you won't have any problems. The good news is they're in most gun stores, many sporting good stores, and they're cheap.

Want to learn more about dry fire? Check out our handy guide to dry fire practice…

The Alien Gear Holsters' Guide To Dry Fire
← Previous Next →
1 Comment(s)
Michael Perine
Ruger states that you can dry fire its SR22 .22LR. I did and the firing pin broke and it notched the breach block. Fortunately, Ruger replaced both for free.
Reply Jan 01, 2022 12:24