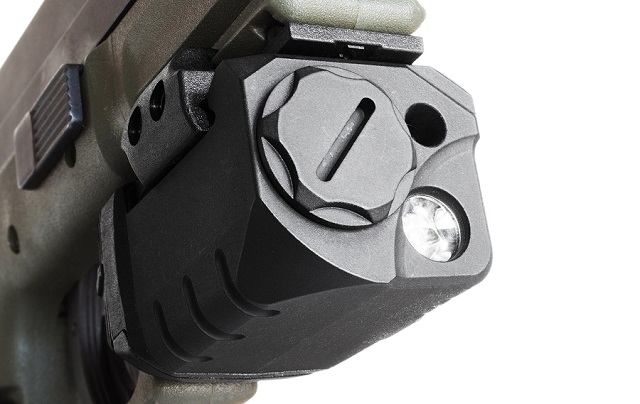 Yes – Alien Gear and other companies do make high-retention holsters with tactical mounted lights. So, we now live in a world where you can have a high degree of security, visibility, AND concealment. In this article, we'll discuss exactly why having a tactical light for your concealed carry pistol is a great idea.

In a nutshell, a gun mounted flashlight serves two purposes – to make your target clear and distinguishable and to be easily accessible. If your tactical light for your gun doesn't do that, it's worthless. The benefit of a tactical light is you can maintain a free hand if you need to. Traditionally, police and homeowners used to carry “cross-over”, with a pistol in the dominant hand and a flashlight crossed over. It certainly works but it gets hairy when you have to open doors or do functions that require a hand. It's not pleasant choosing between visibility or marksmanship in a low-light environment. 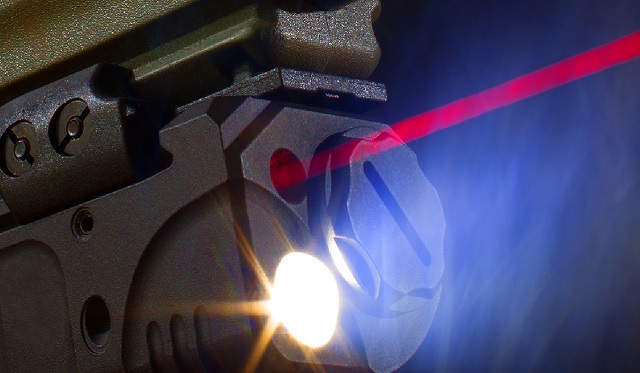 Another reason gun lights are popular is unlike a laser, a gun light will actually show you what's in front of you. In a darkened environment, it's awesome to know you can get sights on a target quickly with a laser – but without confirming the target, you're still shooting blind. Very bad. So gun lights are definitely important in just the aspect you can actually identify your target, what's in front of it, and what's behind it... Or, also known as maintaining a fundamental rule of firearm safety.

How To Chose A Mounted Tactical Flashlight

Another consideration is on/off button placement and mode functions. Not all flashlights are created the same. Some have multiple modes or even “red light” options to retain your night vision. Others have “strobe” functions designed to confuse your enemy. Know how to access these functions intuitively by practicing using your flashlight to scan your environment.

How To Shoot With A Gun Mounted Light

The great news about having a gun mounted light is that the silhouette of your pistol will usually show up quite brilliantly in contrast to the blinding beam of white light pushing outward.

But don't take our word for it! Practice!

A gun mounted tactical light is a great addition to any concealed carrier who also uses his pistol or revolver for home defense at night. It takes the guess work out. Just remember that a light in a darkened environment goes both ways. It reveals both the target and the potential shooter.

CHECK OUT OUR HOLSTERS FOR WEAPONS WITH ATTACHMENTS!
← Previous Next →
Comment(s)