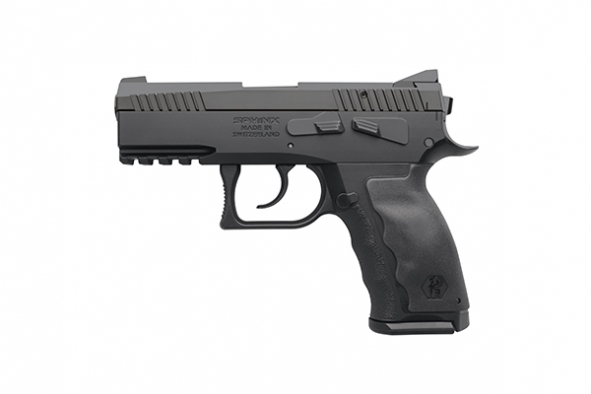 This Swiss doesn't miss, as you'll find in our Kriss Sphinx review. The Kriss Sphinx SDP Compact is something of an obscure pistol but with a cult following that insists it's one of the best on the market and worth more attention than it gets.

Would we generally agree? Yes, actually! It has a lot to like across every dimension. We also happen to be one of the few companies offering Kriss Sphinx SDP Compact holsters out there.

Let's dig into this gun and see what it's about. 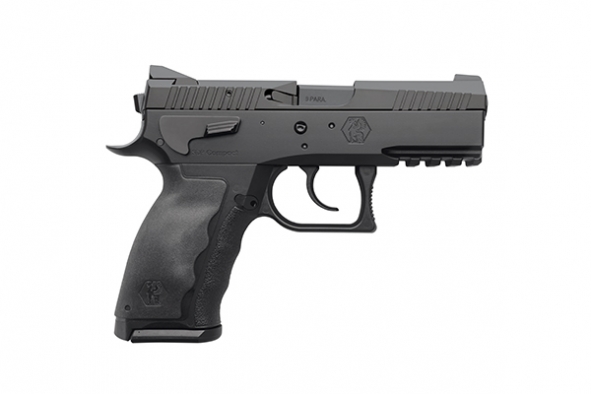 We're going to be honest: the Kriss Sphinx SDP Compact is sort of a clone of CZ pistols. A complete clone? No, they've put their own spin on it. But if you compared the internals, you'd see some striking similarities.

Since CZ was ensconced firmly behind the Iron Curtain, the CZ 75 had no patent protection abroad. However, because it was such an excellent pistol, this led a number of firearms companies in various countries that weren't Soviet satellite states to take the CZ 75, reverse engineer it, tweak the design and come up with their own variations.

Plenty more imported firearms out there, of course. Tanfoglio. IWI/Magnum Research. Canik. Sarsilmaz. Dornaus and Dixon, back in the day. And plenty more besides. But that's beside the point.

The Kriss Sphinx SDP Compact is a hammer-fired, double/single action pistol. The slide is steel and the frame is an aluminum alloy, so it isn't overly heavy. The specifications are as follows.

The rear of the frame features a generous beavertail, which allows for a high, tight grip. The grip housing has a comfortable palm swell and the pistol comes with swappable grip panels so you can get a tighter fit.

Standard sights are a combat rear ramp sight with a white U-shaped design and a front dot. The rear sight is dovetailed, but the front sight - a la CZ - is pinned.

The slide features a bevel, and there are fore and rear cocking serrations.

Unlike the 75 from which it descends, the Sphinx is intended for carry in DA mode. The ambidextrous controls are a two-stage decocker (more on that later) and with a despurred hammer, clearly the idea is for you to decock it for carry. No monkey business with a manual safety.

The frame also features a 1913 rail, so you can mount your favorite light/laser attachment.

As mentioned, the controls are ambidextrous, with a reversible magazine catch so this gun comes ready for lefties. The takedown pin isn't, and get ready for headaches because takedown of CZ-pattern pistols is a chore because of that darn thing...but c'est la vie. It's a small price to pay for such a comfortable, pleasant-shooting pistol.

There are some factory options, mostly in terms of finish. You can choose Black, Sand (FDE), Krypton (sort of an OD green), Combat Grey or Alpine white. The Alpine model is two-tone, with a white frame and black slide, but all others have matching colors. You can also order reduced-capacity (10-round magazines) models in all finishes, and all models are also available with a threaded barrel for use with suppressors.

There is also the Compact Duty models - same gun, same finishes - which have a longer grip and use 17-round magazines instead of the 15-round units. Everything else is the same, just a longer grip. 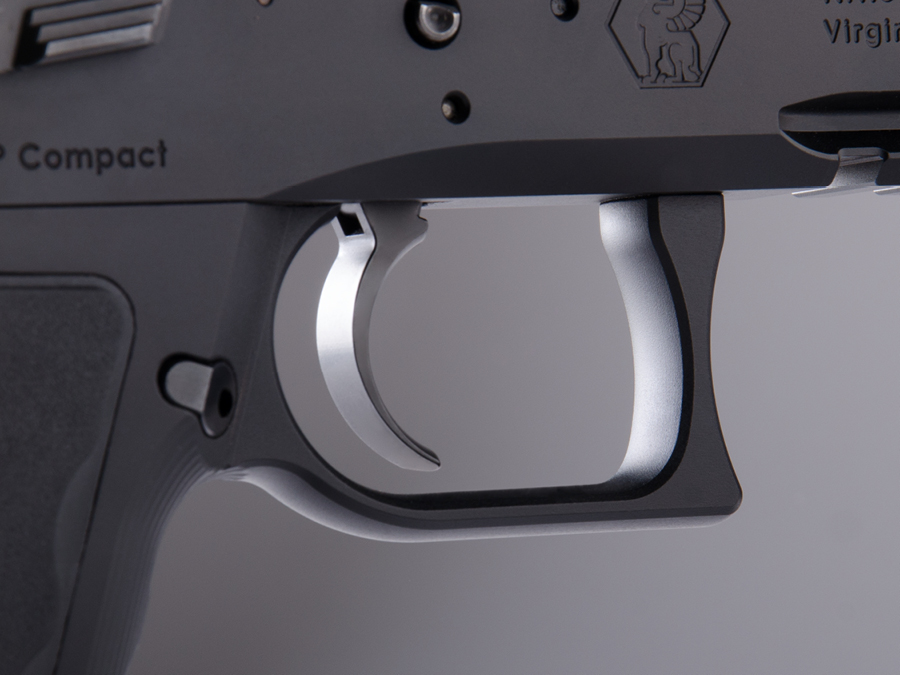 The grip feel is pure CZ, so fans of that brand and pistol system are going to feel right at home. Few other pistols have as comfortable a feel in the hand, nor so easily allow a naturally high, tight shooting grip. Baby, it was born to run.

One of the best aspects is the trigger, as it has one of the best factory DA trigger pulls out there. The trigger gauge here in the office was elsewhere, so we couldn't put one on it; factory specs are 10 lbs in double-action and 4 lbs in single action. The single-action press was light and crispy (double-action pistols don't have the best single-action pulls as a general rule; if you want that glass-like break you need to go 1911 or go home) but it's the double-action pull that's the star. Smooth like buttah. No stacking, and consistent from front to back.

This goes on my list of Top 10 Best DA Triggers. Granted, the example that came into the office was well-worn; you'll probably have to put a few boxes through it to smooth yours out but once it does...my gosh, it's amazing.

The pistol is well-balanced, with a great feel in the hand. It points naturally. Having shot them at Industry Day at the Range during SHOT Show, it's fairly soft-recoiling and quite accurate.

In the broad strokes, it's an incredibly well-made pistol. It's features are smart, and frankly it's one of the best compact DA/SA pistols on the market all things considered. Then again, with an MSRP of $949, it had darn well better be.

What is that hitch?

This gun comes with a few caveats. First, it's rare. Good luck finding one in a store. Good luck getting replacement magazines or parts if you need them. You can order them from Kriss USA (magazines are $55...and you thought H&K was bad!) but that's about it.

Second, this is a great pistol but is it so much better than any other that you should forego a CZ 75D PCR, P07 or P01? Or for that matter, a Beretta PX4 Storm Compact? Those pistols have basically the same features (decocking, DA/SA operation) but are close to $400 less expensive. I don't know that it is.

The differences aren't as wide as they are between, say, a Rock Island Armory 1911 and a Dan Wesson 1911. Both are great guns, to be sure, but the devil is in the details and the latter has a bit more attention paid to them. The SDP Compact is very beautifully made, to be sure. The lines inside the frame are cleaner, but in the gestalt of the pistol...the overall differences just aren't the same great leap between them.

Again, it is an EXCELLENT pistol. I really, really liked it. I would much rather get a Kriss SDP Compact than almost any plastic striker pistol on the basis of the ergonomics, the trigger and operating systems. But it's in an already established space, and is much more expensive than the other guns in it.

Granted, if you were serious about buying this gun specifically, do it. It's a great pistol and you won't regret it.