If you ever wished you could get more from a Ruger LC9 holster, Alien Gear's ShapeShift holster system will give you more function than you can get from any other holster design. This isn't a holster - it's an entire carry system, designed to allow you to carry your Ruger LC9 exactly how you wish to, even if you prefer to carry in multiple ways.

In fact, that's exactly what it's designed for.

The ShapeShift was painstakingly designed over two years to deliver more function than could be expected from any holster system. The core of the ShapeShift is the shell, which has evolved past the standard retention shell. Instead, we have devised a whole wrap-around shell, custom-molded to fit your Ruger LC9.

The ShapeShift LC9 holster can be used with the two half-shells, and worn with with paddle attachment, or mounted to one of the two backers included in your Core Carry Pack along with the included half shell. The shell system uses a toolless locking rail, which fits together and locks without needing any hex keys or other tools to assemble or disassemble.

For use as a Ruger LC9 IWB holster, attach one shell to the half shell attachment. Then dock the shell to the backer of your choice. There is a larger IWB backer, which you may notice is similar to our Cloak Tuck 3.0, for traditional IWB carry, and a smaller backer - made with similar construction - which can be used for appendix carry. The belt clips can be adjusted for ride height and cant, just like our standard LC9 IWB holsters.

To use as a Ruger LC9 appendix holster, attach the included appendix carry belt clip and set the cant angle to your desired specifications.

You can also set the retention to your desired setting, by installing one of the three included retention risers. These clamp down on the trigger guard but won't lock it, just like our regular holster shells.

For OWB carry, there are two Ruger LC9 OWB holster configurations. Assemble the two half-shells together for a full-wrap high-tech pancake holster. Attach the desired belt attachment via the spline lock, such as the paddle for use as an LC9 paddle holster.

However, if you prefer an OWB LC9 concealed carry holster, you can attach the belt slide attachment on the small backer configuration. This mode of carry creates a high-ride hybrid belt slide holster that's easily concealed, even under an untucked shirt.

If you need additional retention, you can also equip your ShapeShift holster with a thumb release or a finger release...or both, for maximum retentive capability. Any LC9 concealed carry holster or open carry holster configuration from the ShapeShift can therefore be an LC9 retention holster as well.

The only way to get this kind of versatility in carry methods is to buy multiple holsters for your gun. However, the downside to doing so is that not every holster maker can give you the retention, fit and adjustability you want. The ShapeShift Ruger LC9 holster system can.

Along with this, the most advanced and modular holster available, comes one of the most comprehensive guarantees in the industry. To start, take 30 days after getting your holster to evaluate it and wear it. If it isn't to your satisfaction, return for a refund before the first 30 days is up.

You also get a lifetime warranty. As long as you own the holster, any issue, no matter what it is or what caused it, will be fixed or we will send you a new holster. We stand by our product. 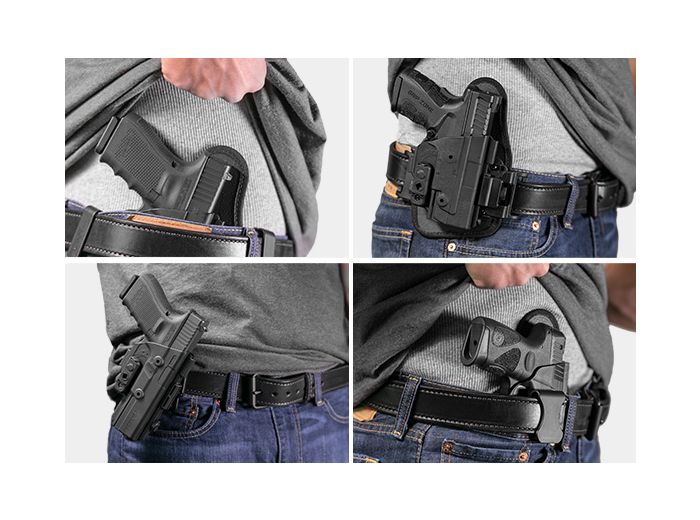