22 Magnum. Could a 22 Pistol Work For Concealed Carry?

When a person asks if a 22 Magnum is good for concealed carry, what they're wondering is if there's a way to get efficacy or something like it with less recoil.

But the issue is whether it can do so reliably. The short answer is it's more viable than it might seem. On the one hand, you don't see police or militaries running around with rimfire handguns or rifles...but it isn't to be sneered at. 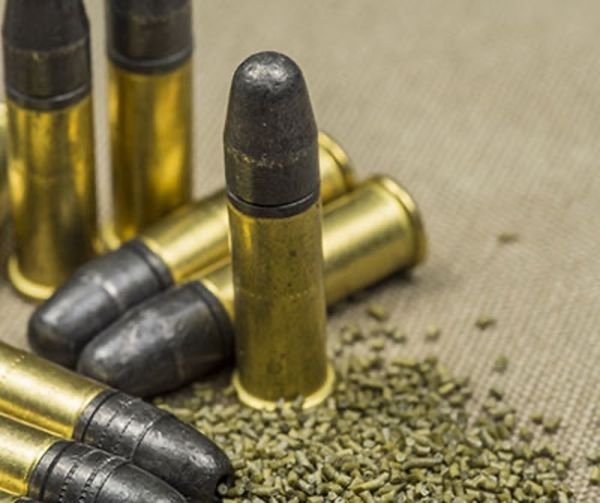 On paper, .22 Magnum ballistics don't look impressive...but they aren't everything. With that said...

Velocity and energy varies greatly by manufacturer and load, so take these as ballpark rather than gospel.

From a handgun...it's a different story.

For example, CCI's MaxiMag HP high-velocity load pushes a 30-grain .22 WMR to 2,200 fps and 322 ft-lbs of energy from a rifle. CCI purports the same load achieves 1,600 fps from a 6-inch revolver barrel, which would mean - per our back-of-the-envelope calculations - about 170 ft-lbs of energy.

A 6-inch revolver basically means a S&W Model 648, which - it's a 6-inch K-frame - is not a concealed carry revolver.

Speer makes a Gold Dot Short Barrel load in .22 Magnum, with an advertised velocity of 1,050 fps and 98 ft-lbs of energy from the muzzle.

What we can therefore assume is that .22 Magnum has less than half the energy of 9mm from a concealed carry pistol, as garden-variety 115-gr 9mm ammunition yields around 1150 to 1200 fps of velocity and about 350 to 390 ft-lbs of energy from the muzzle. In other words, it has about half the power of the most popular caliber for self-defense.

But how much does this matter in the real world?

So, how effective are .22 Magnum pistols in the real world?

Any results from self-defense shootings, at least any that are meaningful (a few successful or unsuccessful instances aren't really meaningful) aren't known to us. However, there is some testing information out there, which can give you an idea of the potential of .22 Magnum handgun efficacy.

Bear in mind that gel tests aren't perfect, since gelatin is not a perfect simulant of human tissue. However, since people started doing gel tests, what's emerged is something of a correlation between performance in gel and performance on the street. Per a conversation I had with Chris Laack, head of handgun ammunition development for Federal (they do a lot of tests and get a lot of feedback from federal and local law enforcement agencies) it's about a 3:2 ratio; a bullet that penetrates 12 inches in gel will penetrate about 8 inches in flesh. Therefore, the FBI standard of 12 to 18 inches of penetration means the bullet will, in all likelihood, be effective on a human target if accurately placed.

What testing is out there indicates that .22 Magnum definitely works. Lucky Gunner remarked that it was close to the same penetration as some .38 Special loads.

So could a .22 Magnum handgun be effective for self-defense? Sure! If it's all you had or if it's what you can tolerate in terms of recoil, then it's viable enough. However, there is also the caveat that IF you can stand to use a handgun with one of the traditional self-defense calibers, you should use that instead. Many a .22 Magnum rifle is on the market, but there are precious few models of .22 Magnum pistol that's ideal for concealed carry. Therefore, choose carefully.

The only autoloader known to us here at AGH in .22 Magnum is the KelTec PMR 30, which is roughly the same size as a 1911 Commander model. While plenty of people DO conceal and carry a Commander frame every day, it isn't the easiest thing in the world to do. The modern concealed carrier TENDS to carry a compact or smaller.

Therefore, what you're likely to look at as a viable choice is a snubnose revolver. There are precious few of these as well. We found two: the Charter Arms Pathfinder and Ruger LCR. Both have six-shot cylinders, and a barrel length of 2 inches or less.

Granted, there are also derringers and the sub-micro pistols by NAA and others. Obviously, a snubnose revolver is a better choice of fighting pistol, but if a teeny, tiny gun is all you got...it's all you got.

Another thing to consider is that if you're going to carry hollow point ammunition, you want to take care to select a load that's made for use in pistols. .22 hollow points made for use in rifles might not be propelled fast enough to meet the minimum expansion threshold from a pistol. Therefore, do your homework when it comes to carry ammunition and take care to select an appropriate carry load.

However, given that .22 Magnum is much smaller, and brings far less energy into the equation than traditional self-defense calibers, accurate shooting is vital. Therefore, put in the range time to place shots where they need to go. Granted, 10mm or .40 or .45 ACP don't really have any breathing room here either; bullets are placed in vital areas or they are not. It doesn't matter what kind of pistol or caliber you shoot, because placement is everything.

So yes, you could carry a .22 Magnum for self-defense, and it's actually more viable than you might be tempted to think. If it's all you had, or if .380, 9mm or .38 Special produces more recoil than you can put up with...it'll work, if placed correctly.

← Previous Next →
Related Posts
6 Comment(s)
Whitebear
Great,informative article.
Reply
Melissa
What about an amt automag ii?
Reply
jrg
I think the .22 Magnum is a viable choice for self defense. I've used it for years on game animals and the meat damage found when dressing them out shows it heads and shoulders above long rifle ammunition. For the old person who is no longer able to manipulate a semi-automatic, a .22 Magnum revolver would work well. Expanding bullets please unless penetration is required - maybe mixing the FMJ and HP would work well ?
Reply
anonymous
I think Taurus still sells a .22 Magnum snub nose revolver (941 ?), but some will argue that quality control over there does not make Taurus reliable enough.
Reply
Bigus Macus
How about Kel Tec's Pistol PMR 30 with it's 30 round Magazine?

Reply
Adam N. Thompson
Lucky gunner tested Gold Dot it expanded to .42", velocity was averaged 1312fps and that is 153ft-lbs. Lucky gunner has testing footage and it is nasty.
Reply