Molon Labe: Meaning, Origins And Everything Else You Need To Know 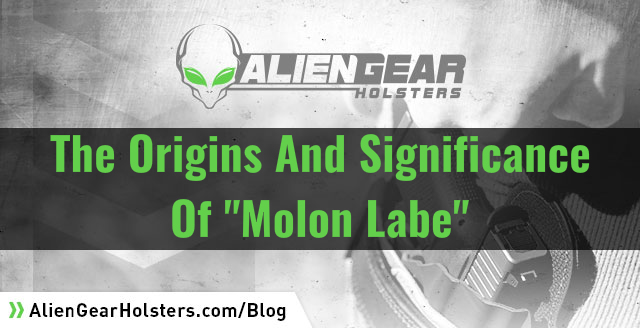 Molon Labe - or if you want to see it in Greek script, ΜΟΛΩΝ ΛABE, is a popular phrase with Second Amendment enthusiasts and activists. It's used by a number of military units worldwide, including both American and - naturally - Greek military forces.

The phrase roughly translates to "come and get them," with the implied meaning being a taunting reply to an order to surrender arms.

So, where does this phrase come from? Who supposedly said it? Does it really mean "come and get them?" We'll tell you everything you need to know and more about this famous bon mot that's so beloved by the gun community… 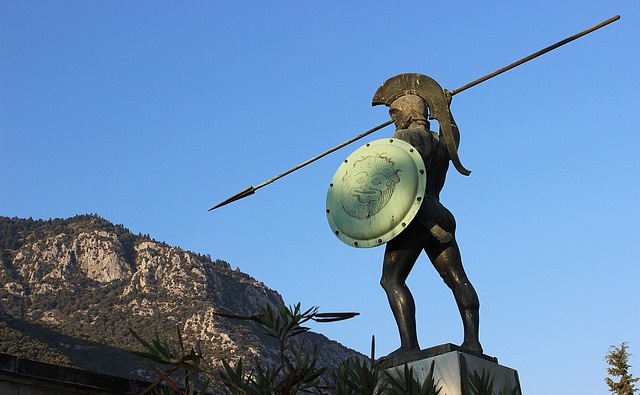 The phrase is attributed to Leonidas I of Sparta, the king who famously marched 300 Spartans to Thermopylae (the "Hot Gates") in or around 480 BC during the Greco-Persian wars.

So, time for a bit of history.

At the time, "Greece" was a collection of intermittently warring city-states with loose (and shifting!) alliances, rife with internecine conflict that would come and go like flare-ups of chronic disease.

The Persians, who had a real empire, sensed an opportunity to expand their territory and decided to try and conquer them. However, things didn't go as planned! The first attempt (by Darius I) failed as the Greeks rallied together and defeated his army at the Battle of Marathon, for which the race is named.

Darius's son and successor - Xerxes I of Persia - decided to pick up where his dad left off and re-invade after about a decade of cooling off, and sent the Persian army to Greece to get some revenge.

Thermopylae, in Gulf of Malia, is an advantageous landing position for an invading army. It gets you right onto the Greek mainland, wasn't heavily populated at the time, and the major Greek city-states were too far away to immediately threaten the invasion force. There are three passes through the foothills up from the coast ("pylae" means "gates") one of which has a natural sulfur hot spring, hence the name Thermopylae or "hot gates."

Walk up the hills, and you're basically in the middle of Greece. The Greeks knew this and were already collaborating on what to do. Themistocles of Athens, an important military figure of the day and key player in the battle of Marathon (and the later naval battle of Salamis) convinced the Spartans they had to do something.

Unfortunately, the invasion (this was on purpose) took place during Carneia, an important religious festival for Spartans. Spartan custom was to suspend military activities during Carneia, so they couldn't send the Spartan army to Thermopylae. Leonidas took 300 men as a bodyguard and headed north. They linked up with about another 7,000 Greek soldiers from other city-states on the way and settled in.

The Greeks occupied the middle pass, and waited for the Persians to show up. Once they did, the Persians told them to lay down their arms. Leonidas responded by saying "Moλon λabe" or "come and get them."

They fought, successfully delaying the Persian army for a few days so the rest of the Greek forces could get themselves together. The Spartans perished to a man in the last stand.

The Persian army did successfully invade and gain territory, but the tide turned when the Persian navy was defeated in the Battle of Salamis. Xerxes withdrew the bulk of his forces after Salamis due to the coming winter, leaving a rearguard to hold their position. Unfortunately for them, said rearguard of the Persian army was put down that spring (479 BC) at the Battle of Plataea, ending the Greco-Persian wars. 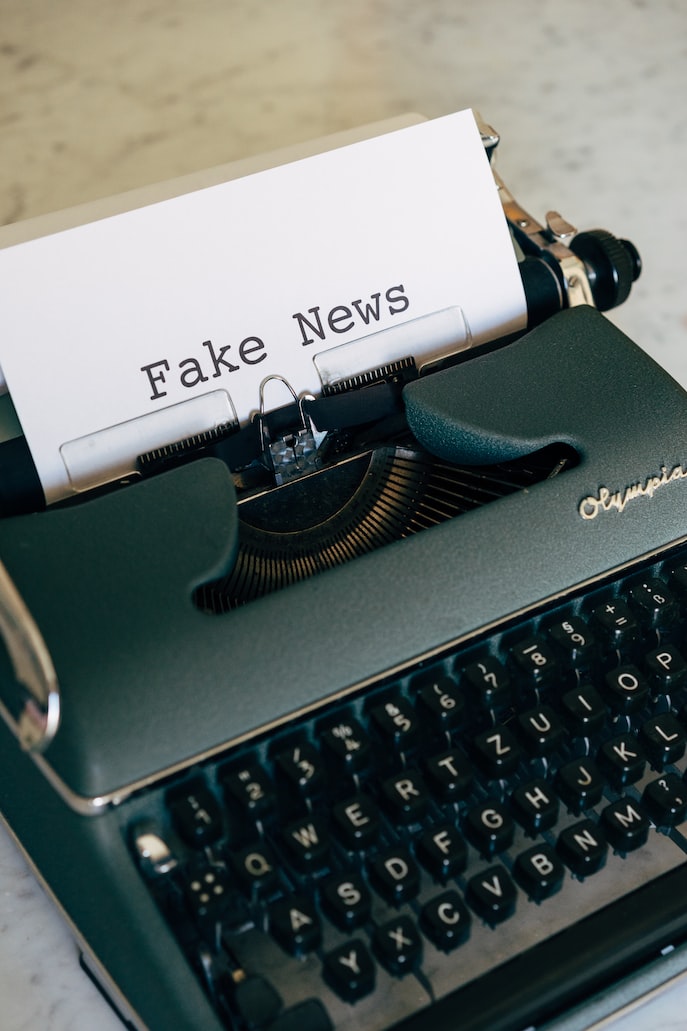 There's no way to know if Leonidas actually said Molon Labe to the Persians. While it's technically possible, there's no evidence for it. It's almost more likely that it was made up centuries later.

How the business of historical study is supposed to be done starts with the sources. You look at first-hand accounts, something that was written down or said by someone who was actually there. If multiple people saw something happen first-hand and left a record of it, that means it probably happened.

In other words, you can't take something as fact unless there's sufficient corroboration from multiple reputable sources who would be in a position to know.

Millions of people watched the "Tuck Rule" game and it was definitely a fumble.

Leonidas telling Xerxes to mess around and find out in 480 BC? Not so much!

The earliest account of the battle was from Herodotus, a Greek historian from about the same timeframe (he was a child at the time of the events of the battle) and wrote about the wars, but doesn't mention the phrase. There are some other sources that discuss the battle, such as Ephorus and Diodorus, and the poet Simonides wrote some verse to commemorate the Spartans ("Go tell the Spartans, passerby" and so on) but that was about it.

The phrase "molon labe" itself isn't part of any commentary, writings or otherwise about the Spartans or Persians until the first century AD, when it was published in the "Moralia", a collection of quotes by the Greek scholar Plutarch.

"Moralia" includes a collection of pithy quotes from people from Laconia (that's where Sparta is, that's why the letter lambda or Λ appears on Spartan stuff) who were known for terse speech, dry wit, and an innate ability to turn a phrase, which is also how we get the word "laconic."

And what probably sold a lot of manuscripts back in the day? Fun quotes, of course!

There's no doubt that it's a great line, but there's no proof that Leonidas actually said it and since nobody mentions it until Plutarch (several centuries after the fact, no less) there's a significant chance that he never did.

Come And Get Them As A Motto 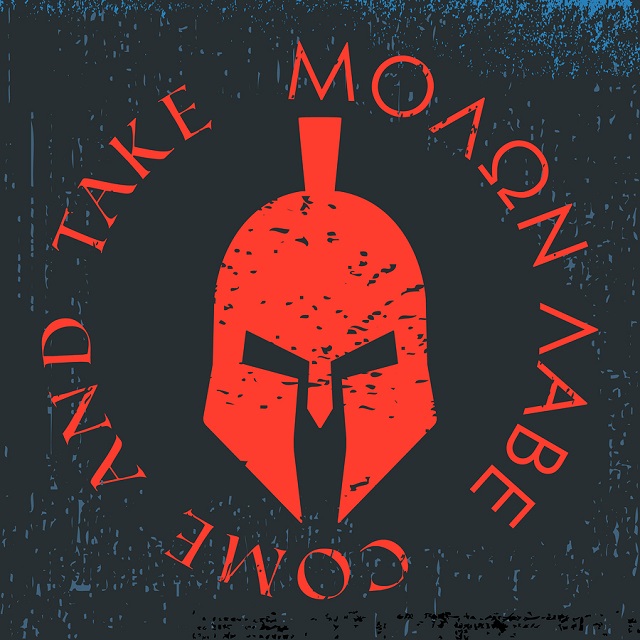 "Come and get them" makes for a great quote, especially in a military context, which is why "molon labe" has endured as a saying for centuries after it was supposedly said.

Throughout history, it's been said a number of times in more or less the same context; one group of belligerents tells another group to give up their arms and surrender, and they tell them to come get them.

It was probably said at the Alamo, the Texans printed it on flags during the Battle of Gonzales, and so on.

The slogan has been adopted by a number of military units over the years, including Greek forces, some American units, and so on and so forth. 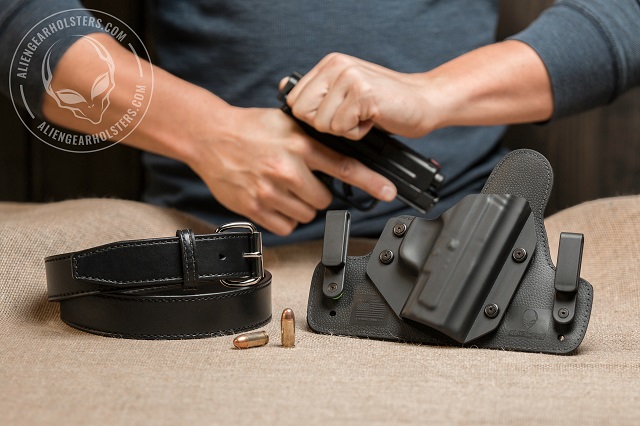 "Molon Labe" has also been adopted as a motto for gun rights, and for wholly obvious reasons. A number of people started putting it on t-shirts, hats, using the phrase online and so on, starting in the 90s and continuing into the present.

Today, you'll find it all over gun culture. It gets printed on holsters, it's on all sorts of morale patches, stickers, shirts, Sig Sauer even puts it on the Spartan series of pistols (finish package for Sig 1911s with some Spartan stuff on it) there are meme lowers for AR-15s...which are probably of questionable build quality but nevermind...and so on and so forth.

Point being, it's a saying that directly has something to do with the surrender of arms, so it's little wonder why it's a motto of gun rights and so on.

← Previous Next →
1 Comment(s)
Martha
Alexander the Great didn't actually conquer Greece since he WAS Greek, but instead, he unified the Greek city-states into one country. Please correct the article with the right information. This is fact and not fiction, so you cannot change history.
On the other hand, the Romans that copied everything from the Greeks, indeed conquered Greece but as the Romans themselves admitted, they were conquered by the Greek culture.
As for the turks, well, they were and still are barbarians that committed a lot of atrocities and genocides and who can really win when they have to fight against wild beasts...
Reply Jun 07, 2020 14:20