Actually, we found that it has some great virtues, just like the standard Sig P365. However, as with ANY gun, there are some things that might put one person a bit off but might be no big deal to someone else, and as with any gun, you need to know what it exists for and therefore use it appropriately.

So, let's dive right in. 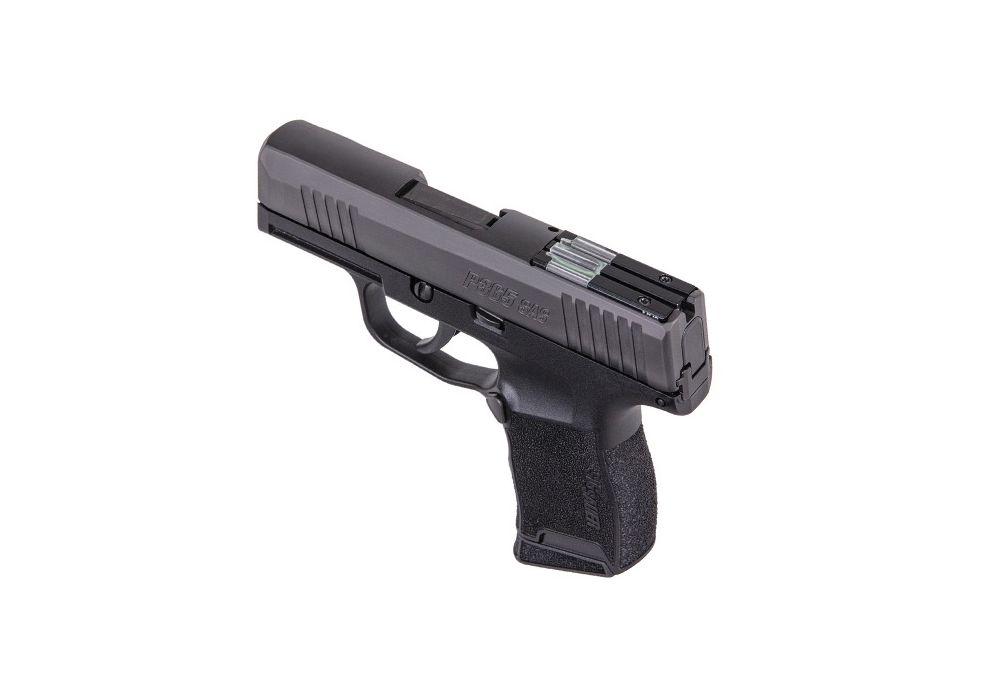 What's an FT Bullseye sight? So glad you asked!

FT Bullseye sights use a sight housing that attaches at the rear sight dovetail. Sig Sauer's is a little different, but we'll get to that shortly. The housing includes a fiber optic aperture that lets in ambient light, with a front sight of a small dot and a rear sight ghost ring, creating the image of a bullseye. It's dual-illuminated, lighting up with the FO in daylight and with tritium at night.

An FT Bullseye sight functions similarly to a red dot optic, as the sight images are fixed to the position of the barrel. When you get the gun aligned on target, the small circle will be inside the big circle, kind of like...spoiler alert...a bullseye.

Now, what about the rest of the package?

SAS stands for "Sig Anti Snag," meaning that the pistol has been streamlined for (ostensibly) much less chance of snagging on clothing upon the draw.

This, of course, is also the idea behind DAO and shrouded-hammer concealed carry revolvers.

The slide has a well milled into it for the FT Bullseye sight, with a notch cut for you to see the sight picture. The front of the slide and the barrel are ported for greater recoil control and weight relief. Since there's no front sight...why not?

Additionally, the controls have been shaved. The takedown lever is omitted in lieu of a flathead bolt head, and the slide release has been downsized and countersunk into the frame.

Does that make the gun better, though? 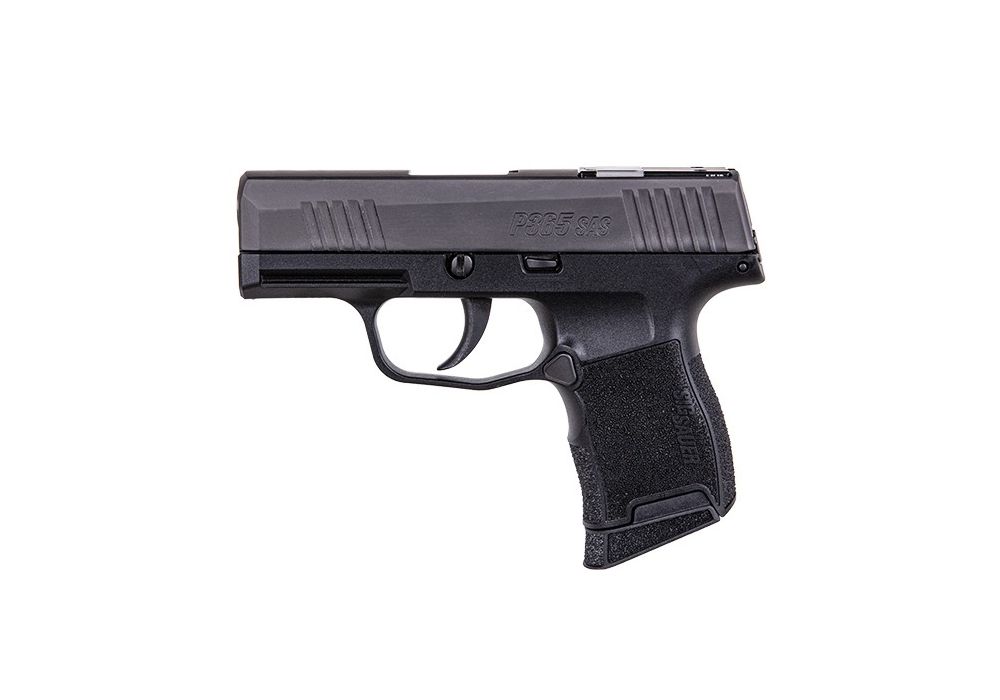 Our conclusion in our Sig P365 SAS review is that it does accomplish what Sig Sauer purports when it comes to the changes to the standard P365 in making the P365 SAS. However, we also found that those changes also make certain impositions, and make the pistol a little better in some regards and maybe not so much in others.

Please bear in mind, though, that we really like the P365 family of pistols here. It's one of our favorites. It's a game changer gun in many regards, and certainly a modern standard by which other guns are judged across a number of dimensions and, at that, rightfully so.

Basically, the Sig P365 SAS is a streamlined, simplified micro pistol best-suited to being used fast and up close. Guns are in many ways mere tools, and many tools have a specific task they're suited for. It's not that it isn't capable of more, but that seems to be it's best use. We'd definitely recommend it for that kind of purpose.

Okay, so here's what we mean:

The FT Bullseye sights take some getting used to. They aren't overly complicated; you still align the sights on target and squeeze. What we experienced was that sight alignment is fast at close range, but took a little more doing for longer-range shooting.

The sight is definitely capable of accurate shooting, though it'll take more practice to get there. In other words, this sight system is fantastic for getting the dot on a steel or cardboard silhouette in a hurry at close range, but not so much for cloverleafs in a bullseye at 25 yards.

In other words, the P365 SAS is quick and more than accurate enough inside about 10 yards, or - basically - at typical combat distances. Beyond that, we found it took a bit more work compared to the standard Sig P365 sights, which are pretty darn decent.

We found the slide release/slide stop button to be a little hard to hit at times. Granted, some people don't fool with them; there are some folks who only train to use the slingshot method of charging the pistol. If you do that, the tiny slide release button is kind of no big deal.

In fact, we think it best thought of as a slide lock instead of a release and thus only operate the pistol in the slingshot fashion. That kind of simplifies the controls in a sense.

As far as the takedown bolt...well, that's kind of a six-of-one/half-dozen-the-other thing. One interpretation is that it's far more inconvenient than having a takedown lever that doesn't require a tool of any kind. Another viewpoint is that you're only going to take the gun down at home for cleaning anyway, so who gives a darn?

So it's simplified compared to many other pistols, including the standard P365. The sights lend themselves better to fast shooting at close(r) range rather than surgical precision at all distances. In other words, great for concealed carry, which is what people are buying the darn thing for.

What?! A micro pistol with a 3-inch barrel isn't a great target pistol?! HOW DARE YOU SAY SUCH A THING!!!!

Like I said, we think it's great for a particular task, namely as a fast-shooting pistol at typical personal protection distances. Bought for, used and understood in that fashion...it's a great little gun.