Some people don't want to settle for off-brand; they want the original, and that means a Colt 1911 if that pistol is what you're into.

Some people insist on only having a Colt, and to be fair there are some great reasons to. Some people want a Colt for collection purposes; they may have a different 1911 or two and they want to add the original to their inventory.

But which is the best to get? That depends on exactly what you're looking for. The seven Colt 1911 pistols on this list are the best in Colt's current product lineup, and all fit a particular niche very well.

Why A Colt 1911? Why Not A Springfield Or A Sig Or Something? Is there some special sauce to a Colt 1911 that others don't have?

Colt's guns are more or less made the same way that Springfield, Rock Island Armory and other mass-market 1911 companies make theirs. There isn't much (or any) hand-fitting, there are MIM (metal injection-molded) parts, and a sub-$1,000 factory gun is just not a $4,000+ bespoke gun no matter what you do.

Colt has been making MIM, investment cast, and other parts not machined from forgings for 1911 pistols longer than anyone. They know their business.

In other words, if you want to buy a factory 1911 that you can reasonably expect to run well out of the box...Colt is one of the best brands to buy.

Some people just want one because of the name. And that's fair, too. Either way, Colt is one of the best big brands to buy a 1911 from, but not the only one. 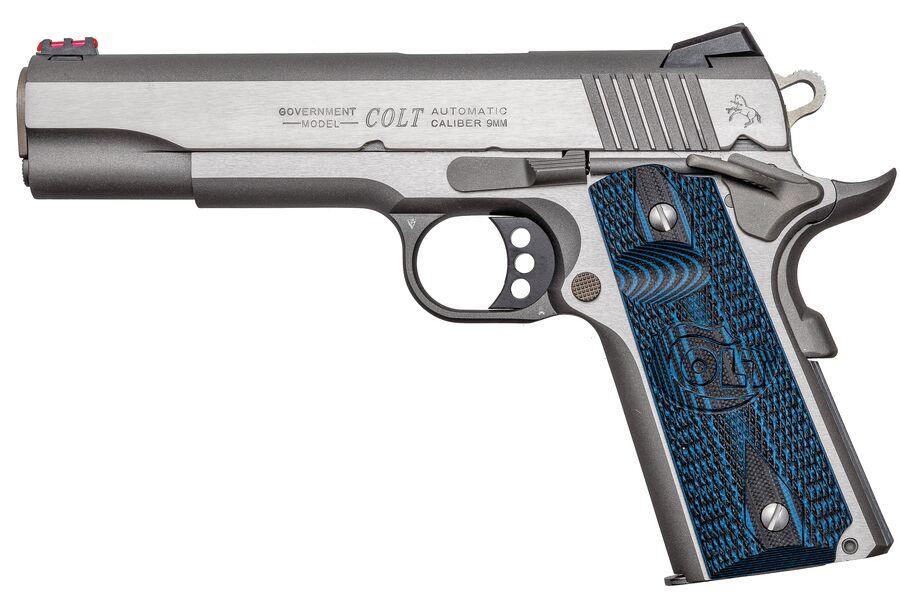 The Colt Competition series are made for competition shooting. You can get this 1911 in 9mm, .45 ACP and .38 Super.

The black (parkerized) and Competition Plus models are only offered in .45 ACP; the Stainless finish is available in all three calibers. MSRP starts at $900, street prices around $850 and goes up. Not too expensive, and some really good features. If you wanted a genuine Colt as part of a collection, the gun to get is the Royal Blue 1911 Classic.

It's a classic Colt 1911, with all the GI parts that go with it. GI-style trigger, GI sights, wood grips (with gold medallion) and the classic grip safety and manual safety, and chambered (only) in .45 ACP.

So why this gun, which has an MSRP of $1500 and the same features as the base model gun?

Because Royal Blue. Nobody else does it. And you're going straight to the bad place if you put it in anything other than a lined leather holster. There are plenty of 10mm 1911s on the market, but the Delta Elite is the original. The current production Delta Elites make a pretty good case for themselves.

All models have a beavertail grip safety, extended thumb safety, Novak sights, and a lightweight trigger and hammer. The standard model has a stainless steel finish, but there's also a two-tone (blued slide on stainless frame) and a stainless model with accessory rail as well.

Colt has been making 10mm pistols longer than pretty much anyone (except maybe for Glock) and they know their business.

The gun can run standard-pressure loads just fine, including original 10mm Auto loads rather than the weaker FBI loads. What it's not made for is Bubba's Wicket Hot Handloads, so stick to factory ammo. 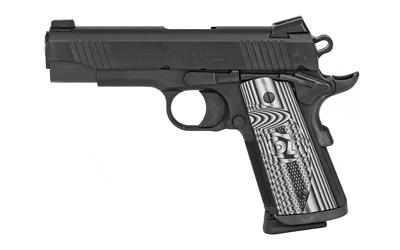 The Colt Combat Unit CCO is a lightweight CCO, with an aluminum Officer's frame and a Commander slide and barrel. 9mm is the better choice as capacity is reduced to 8+1/9+1 (depending on magazine) instead of 6+1/7+1, which is the case with a .45 CCO.

A shorter grip and lighter frame make it more ideal for concealed carry than a steel-frame Commander, as do the features.

The Combat Unit CCO comes with a black anodized frame, with Novak sights, a beavertail grip safety and ambidextrous thumb safeties. The frame is also given 25 LPI checkering on the grip and mainspring housing, with a trigger guard undercut and a carry-profile magwell.

If you wanted a Colt 1911 for concealed carry, this is about as good as that gets. 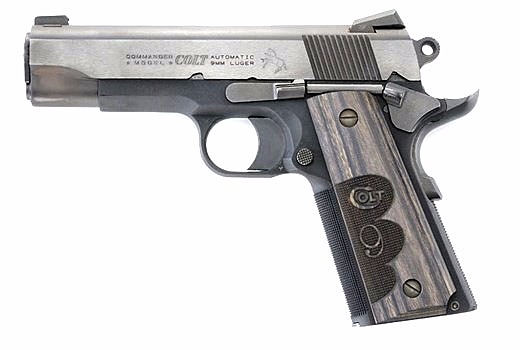 A Lightweight Commander in 9mm is a more ideal concealed carry pistol than a steel-frame Commander or a Government model. The gun is lighter, and 9+1/10+1 of 9mm is not bad in terms of carrying capacity.

Besides the standard LWC frame/slide and Commander ring hammer, the Wiley Clapp models add 25 LPI checkering on the grip and mainspring, beavertail safety, an undercut trigger guard, Series 70 firing system, and a really intriguing smoky finish. It's very well appointed, and one of the better picks as a CCW gun in their current catalog. 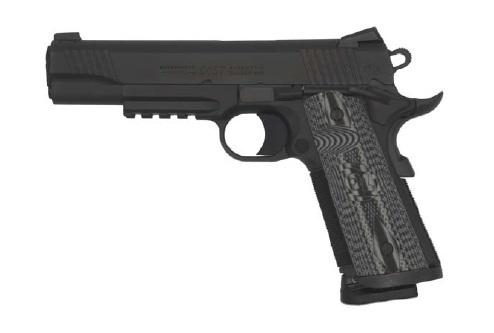 Unfortunately, you can't buy the Colt CQB/M45A1 model anymore as they have been discontinued as a factory pistol. The Colt Combat Unit Rail 1911 comes pretty close.

You get the same features as the M45A1, with a Colt National Match Barrel, Novak sights, ambi thumb safety, beavertail grip safety, Picatinny rail, G10 grips, undercut for the trigger guard and a hardier finish (DLC) than parkerizing or nitriding, it's just black instead of tan.

They also throw in 25 LPI checkering and a low-profile magwell, and ship the gun with 8-round magazines with the .45 ACP model, and 9+1 with the 9mm model. So while you can't get the USMC model anymore (RIP dreams) you can get everything but the FDE finish. The Colt Gold Cup has always been the upscale competition model, originally devised for bullseye shooters and the National Matches at Camp Perry. Today, there are multiple Gold Cup models but the best of them is the Gold Cup Trophy. It's available in .45 ACP, 9mm and .38 Super.

But a word of warning: the radius cut on the top of the slide is different from the standard pistol, so it might not fit in all 1911 holsters.

← Previous Next →
Related Posts
1 Comment(s)
Randy
I have the 80 series 45 defender and the 70 series 45 competition model 0. Both are excellent and not picky on ammo. I regularly shoot both and find no problem with any differences in the trigger . you can't go wrong with either.
Reply