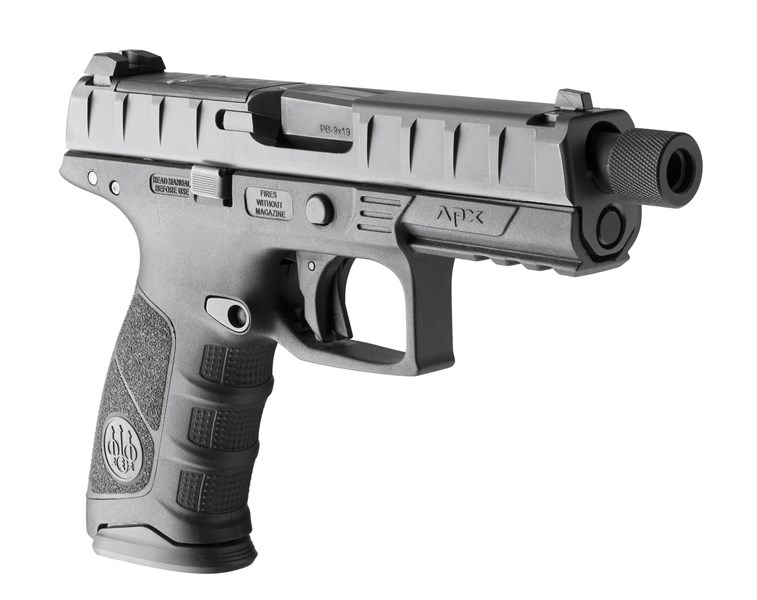 Beretta APX Combat Review: None Betta If You Need A Big Beretta?

In this Beretta APX Combat review we'll go over Beretta's BIG striker gun. It's amidst a sea of big striker guns, so is there something that sets this one apart? Well, it has a heck of a lot going for it.

Like other guns in the APX line such as the APX Centurion and Carry models, Beretta APX pistols are very, very good, but don't seem to get the attention that they really deserve given the quality. It would be a fantastic duty pistol, home defense or competition gun, without doubt. Concealed carry...well, that would be a bit of a stretch.

Let's go ahead and start going over it. 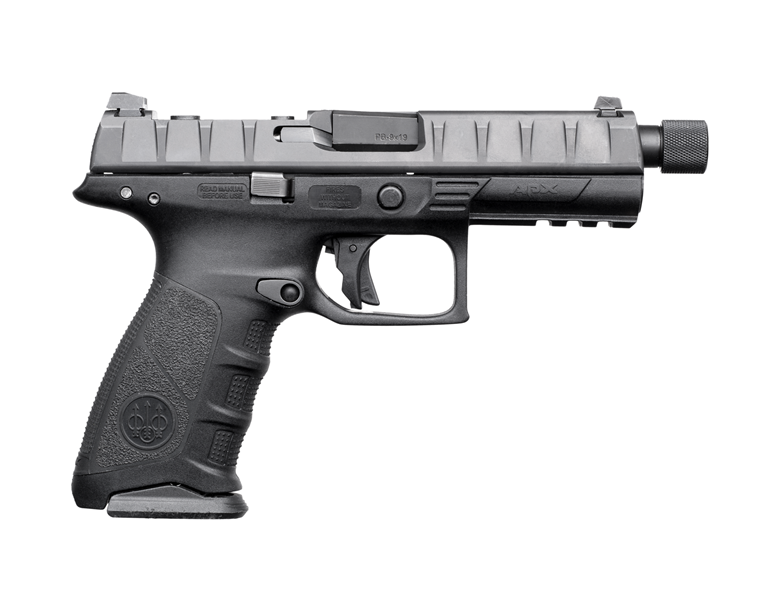 This is a whole lot of pistol, as you'll see in the Beretta APX Combat specifications. The "Combat" series (there's also an APX Centurion Combat) upgraded with extended threaded barrels, for use with a suppressor, and have a milled slide that come with adapter plates for using an optic. If you wanted to go tactically hog wild, these are Beretta's guns you do it with.

With that said, the tale of the tape:

The threaded barrel and adapter plate adds about an extra 4.5 ounces of weight, and about an extra 0.75 inches in length to the pistol. You could ostensibly buy a standard barrel and drop it in if you wanted to, though whether you would or not is up to you.

The Beretta APX pistols that have come through have been well-liked around the AGH offices, and this Beretta APX Combat review is no different. Frankly, these guns deserve more press and more attention than they get. The buying public is sometimes slow to figure out "hey, there's more than three gun companies and some of them make some good stuff!" at times and the APX is one of the better striker platforms out there.

The APX Combat is ergonomically excellent. The palm swell fits comfortably in the hand, and the beavertail of the frame is generously long. The trigger guard is undercut and there's a relief cut at the top of the grip. The result? It feels good in the hand, and you get an incredibly high, tight grip with ease.

The grip texturing is neither rough nor smooth; just enough to get a good grip, with mixed stipling and texture for good traction.

As with other APX models, the lands and grooves that serve as the fore and aft cocking serrations seem odd to some, but are easily gripped. The three white dot sights are easily acquired, though - if we had a criticism to make - we would have preferred suppressor-height fiber optic or night sights, but c'est la vie.

The trigger guard, which is squared at the front, has a generous opening, which makes it easy to run with gloves.

The pistol comes with four different adapter plates, allowing the user a fairly wide selection of optics if so inclined, as Burris, Trijicon, Leupold and C-More optics are all compatible. The standard sights are not suppressor-height though they may - depending on your optic - still be co-witnessable. A blank plate is also included if you wanted to run the gun without one.

Controls are lefty-friendly, with a swappable magazine release and ambi slide stop/release levers, though the takedown lever is not. The frame features a 1913 rail for use with a light/laser, and the grip has swappable backstraps, with S, M and L included in the case.

The only thing we didn't like on the pistol was the takedown. The way it works is you have to depress the decocking button on the right side of the frame, then rotate the takedown lever down like on other Beretta pistols. Getting the decocker to engage was a bear. That's likely a wear-in issue, but it wasn't the easiest thing in the world.

The APX Combat trigger is excellent, with an almost-flat blade that - when at rest - is almost at 90 degrees. There's hardly any creep, barely any stacking, and it breaks crisp and clean at around 5.5 lbs. Reset is short, audible and tactile. It's a great striker trigger, almost on par with Walther's.

With that all said, this gun is born to run. A natural and incredibly comfortable grip, paired with a very good trigger system and some incredible features. It can wear a reflex optic, runs well without one, and with or without a suppressor.

If you were looking for a competition pistol or home defense gun...it's an incredible choice. As for concealed carry, it's a little on the large side, but then again, plenty of people carry a Glock 17 every day.

The real pity is that the market is awash in polymer striker guns. Sometimes, some really good ones can get lost in the noise. If you ignore the APX family because it has the wrong name on the slide...you're doing yourself a disservice.

GET YOUR BERETTA APX COMBAT HOLSTERS!