Browning Hi Power: The Warhorse That Almost All Modern Guns Descend From 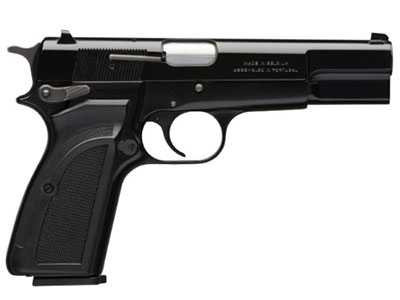 The Browning Hi Power: The Archetype Of Modern Handguns

Most modern handguns are descended from the Browning Hi Power. The ol' BHP, designed to be a workhorse pistol for police and military personnel before the second World War, is inarguably one of the most influential handgun designs in existence.

The Hi Power was the first modern handgun in a lot of respects, in that a lot of features common to popular modern handguns debuted with the gun or were developed to address its shortcomings and those of guns developed from the Hi Power.

It's a testament to the genius of John Moses Browning as well as that of Dieudonne Saive, who finished the design work after Browning's death during development and invented some wildly successfully firearms after the gun was completed in 1935.

Why was the Hi Power so important?

Arguably the most significant aspect to the Browning Hi Power, aside from the double-stack magazine, is the locking mechanism.

Modern semi-automatic pistols use a locked-breech system, wherein a sliding assembly and the barrel completely lock in place when the pistol is in battery. When the pistol is fired, the barrel is driven backwards under recoil along with the slide, much like the bolt on a semi-automatic rifle. To keep pistols from being unnecessarily large, handguns are made to use a short recoil system, which decreases the distance the bolt/slide and barrel must travel.

The previously dominant short-recoil system that didn't involved a fixed barrel (which, such as in the case of the Walther PPK, is literally pinned in place) was the tilting link of the M1911, which - by virtue of the tilting link of the barrel - tilts after a short travel and lets the barrel pivot slightly upward, unlocking the action until the slide returns to battery.

Since the barrel has to stop short compared to the slide, a camming action is therefore necessary.

When Browning was designing the 1911 in the early 1920s, he couldn't use a tilting link as the M1911 pistol was still the intellectual property of Colt. He came up with a new design, with a block that allowed the barrel to tilt in the same manner but without requiring a toggle link.

The barrel block also includes a feed ramp, as the feed ramp likewise could not be integral to the frame since that was a design element of the 1911 pistol.

Today, virtually every popular handgun on the market regardless of the firing mechanism (striker, single-action, double-action, what have you) uses the Browning linkless falling block, which functions as a linkless cam. In fact, a Glock barrel's locking block is barely any different. 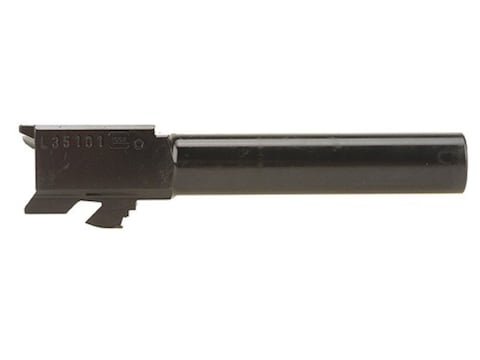 There are exceptions; Beretta 92 series pistols use a locking wedge (taken from the Walther P38) and the Beretta PX4 Storm series of pistols use a rotating barrel, which cams in place by rotating along the Z axis (front to back in three-dimensional space) instead of the X and Y (left/right, up/down) axes. With that said, the Browning linkless barrel block is basically the default pistol barrel design to this day.

The Browning Hi Power Gave Us The Double Stack Magazine 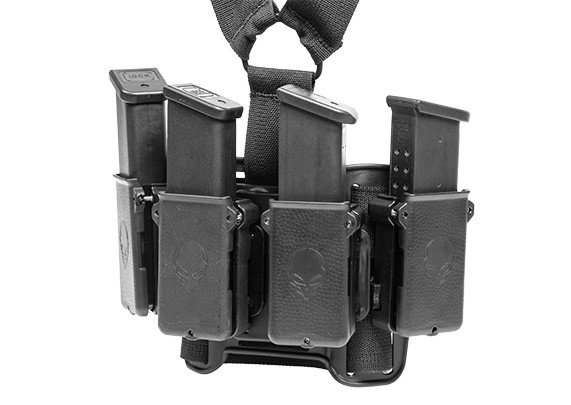 Another significant aspect of the Browning Hi Power in terms of its impact on modern firearms design is the double-stack magazine. However, John Browning didn't invent it and in fact was opposed to the idea to begin with; he felt 7 to 9 rounds was all that was needed.

The design of the double-stack magazine was actually the invention of Dieudonne Saive, who also completed additional design work after Browning's death in 1926.

The pistol was designed around the requests of the French government, among whose requirements was a carrying capacity of 10 or more rounds. In order to keep from making the pistol abnormally long in the grip, he invented the staggered magazine which is used by pretty much all handguns or is thought of as a deficiency in those that do not.

The initial design of the magazine held 16 rounds, but it was later scaled down to 13 after trials and testing.

As for service pistols, the double-stack magazine of the Hi Power and others that followed were considered an improvement over the M1911 and certainly over revolvers. For those guns which don't have a staggered magazine, there's an aftermarket industry dedicated to figuring out how to add greater carrying capacity to single-stack magazines, such as the Hyve Industries magazine extensions and others.

The craze for increased capacity all stems, therefore, from the Browning Hi Power. 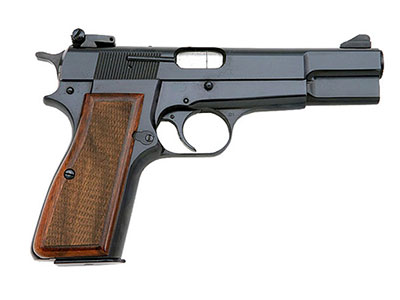 With that said, some of the shortcomings of the Hi Power or at least shortcomings from a modern perspective, also influenced pistol design thereafter. There are features on the pistol that today are just not found on most modern handguns and for some good reasons.

For starters, that was the stopping point for single-action semi-auto development. Single-action semi-autos have to be carried with the hammer down or a manual safety engaged. Granted, the disadvantages of Condition One carry are GREATLY exaggerated; there is no loss of speed or mishaps when the shooter practices like they're supposed to. However, consumers wanted something more akin to a double-action pistol (just with a lighter trigger pull!) for all the obvious reasons.

Semi-auto pistols designed thereafter tended to be double-action, with a decocker to carry the pistol with the hammer safely let down over a live round, until the advent of striker-fired pistols later on, which (kind of) gives you the best of double- and single-action trigger systems.

While formerly common, magazine safeties are not well-liked, and a common modification to Browning Hi Power pistols was to remove the magazine safety feature. A welcome bonus was that doing so typically improved the trigger pull.

Another failing was the feed ramp design. The relatively steep geometry of the original feed ramp led to feeding problems with hollow point ammunition, also a failing in the M1911 in years past. Modern pistols are designed to not have these problems.

Hi Power pistols did gain a foothold in competitive shooting and law enforcement, but the deficiencies in both roles led to multiple developments elsewhere. The problem of not feeding anything other than ball ammo reliably led to the development of pistols that did so straight from the factory (though later designs of the Hi Power had a revised feed ramp angle that had no issues) and competition shooters found the Hi Power required more work than a 1911 to get the best from the trigger.

Granted...a lot of factory triggers still leave much to be desired, but that's for another time!

In many regards, the Hi Power was the first modern handgun. The shooter weaned on Glocks and M&Ps could pick one up and make use of it without too many issues. However, by modern standards it's obsolescent in most regards. Though viable, it doesn't have a lot of the features that the modern handgunner wants in a pistol for carry, home defense or sport, so it isn't now and hasn't for some time been a first choice for anyone, though a Hi Power is certainly a worthy addition to anyone's collection.