Everything You Need To Know About The Canik TP9 Series 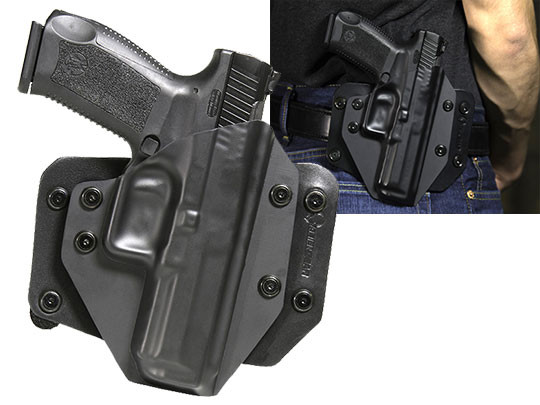 The Canik TP9: A Serious Striker Gun That Doesn't Wreck Your Wallet

The Canik TP9 and its variants is said to be an excellent pistol, full stop, as well as being a heck of a lot of bang for the buck.

They've been called a "Glock killer." Some people have said they're better than pistols with more established names on the slide.

If you haven't ever gotten your hands on one, or were possibly mulling getting one, just what IS it with these guns, anyway? Well, the quick version is the TP9 is a very decent pistol at its core, using solid design elements to just make a very good handgun. Of course, the manufacturer also has a few different variations of the gun so it fits in some different niches than just a general, all-purpose full-size pistol.

Solid gun at a solid value, that's pretty much it. So let's dig in a little further.

And, in case you're curious, here's where you can find some Canik TP9 holsters: 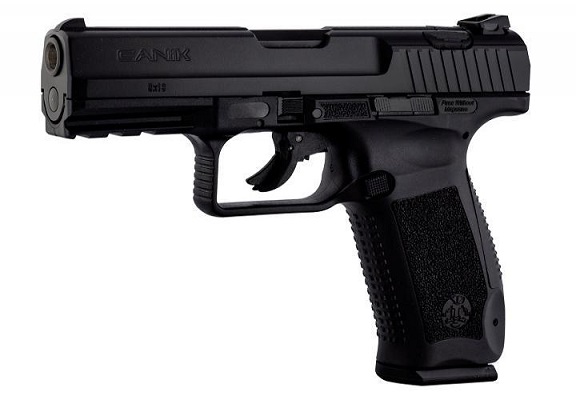 The first Canik TP9 to hit American shores was quickly recognized for what it more or less was: a clone of the Walther P99.

The specs weren't completely identical, but the features more or less were. Striker-fired operation, with a decoking button atop the slide that put the pistol in double-action mode. A single-action version followed soon after, with the decocker functioning as a striker deactivator. Picatinny rail for accessories, and a similar palmswell and changeable backstraps, striker indicator, and 18+1 capacity.

And the whole package could be had for less than $400, which seemed like a pretty solid deal when they emerged. Today, they still definitely are.

Who The Heck Is Canik, Anyway?

Canik is a Turkish gun maker, named for the mountain range and region in northern Turkey, on the Black Sea coast near the large port city of Samsun, which is a few hundred miles east of the capital of Istanbul.

Not Constantinople. Been a long time gone, Constanti...never mind.

In case you were wondering, "Canik" pronunciation is "Chan-eek" or "Jan-eek," not "Can-ick." So now you know, and knowing is half the battle.

Just who ARE these guys, anyhow?

Canik mostly focuses on pistols, much like Sarsilmaz and their USA-based import company SAR USA. Over the years, they worked their way up to NATO certification (which isn't easy to get) as well as ISO-9000 certification as a gunmaker.

Up until a few years ago, their primary line of products were the Canik 55 series of pistols, which are/were basically clones of the CZ 75 in full-size and compact variants. Purportedly, the Canik 55 pistols and the various iterations thereof were provided to NATO forces as sidearms.

Their CZ-derived pistols have a solid reputation as a great budget-friendly handgun. Reliable, accurate, and not terrifically expensive to acquire. The C100 and T100 models are great for concealed carry as they are compact handguns, and - since both are almost literal copies of the CZ 75 Compact and IWI Jericho compact - holsters are readily available.

Essentially, what they're about is making solid pistols that don't break the bank, and they make them so that their products will stand up to years of use. Maybe not to look pretty, but to run, and that's the gist of the TP9 pistols.

TP9 Guns...Well, Are About Serious Value For Money 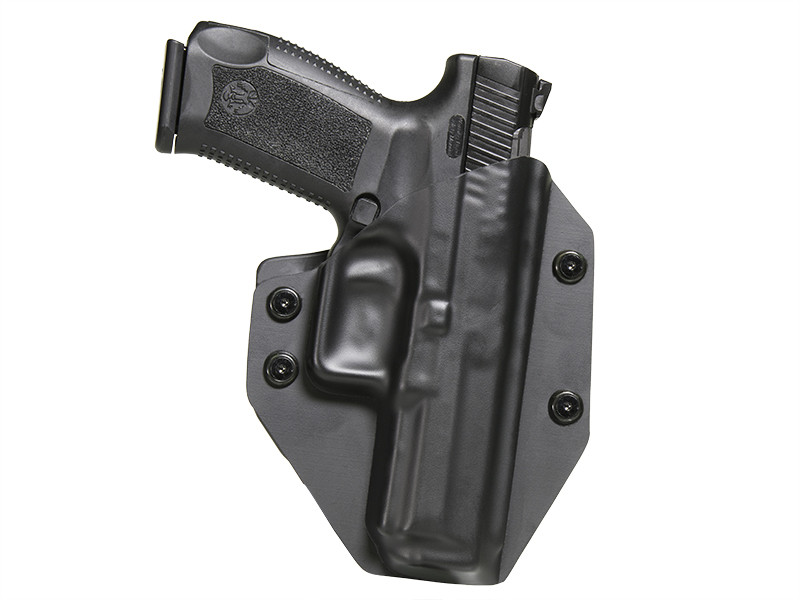 There's a difference between cheap and inexpensive, which Canik TP9 pistols are a great examplar of.

Build quality is very good. If anything, they're overbuilt; one thing you'll definitely notice is how beefy the slide is.

There's also the ergonomics. Since they borrowed heavily from Walther, the TP9 series of pistols is very comfortable, and comes with swappable palm swell backstraps to give you the fit that you need for best results. The stipling on the grip is quite pleasant but also grippy, so you can get a solid grip on the pistol.

On top of all that, Canik has kept up on developing trends within the industry and has changed and expanded the product lineup as time goes on to offer more options to more people. In previous eras, you had to buy a pistol and then take it to a gunsmith and spend a lot of money getting the options you wanted. More manufacturers are starting to offer the upgrades straight from the factory, including Canik.

Three dot sights have largely been replaced by black steel rear and front fiber optic set from Warren Tactical on most models, a welcome upgrade over the cheesy white dot sights so common everywhere else.

And they still have their budget line, too; the Canik ONE Series gives you the gun and one magazine for an extremely competitive price point. Century Arms asks about $370 for the ONE series, but you can typically find them elsewhere for as little as $300.

Shooters have been praising Canik TP9 pistols for accuracy, reliability, easy shootability and a stellar trigger for years. Getting into one for a bit more than $300...that's a heck of a deal.

The Canik TP9 Models To Date So, what models of Canik TP9 pistol are there?

The basic pistol is offered as the TP9SF, TP9DA and TP9SA. Barrel length is 4.47 inches, overall size is comparable to a Glock 17 or other service pistol, and the gun comes with a pair of 18+1 magazines, or 10+1 in select jurisdictions, with black or desert (tan) finish.

The SF model is a standard striker-fired action, similar to just about any other striker gun on the market. The TP9DA is the double-action model, with a decocking button on the top of the slide that can put the pistol in double-action mode for safer carrying. The TP9SA model has the decocker, but the button acts as a striker deactivator.

The TP9SF Elite is a compact model, with shorter grip and shorter barrel and slide, making it a bit easier for daily carry. Barrel length is reduced to 4.19 inches, and capacity is reduced to 15 rounds in the standard magazine. Available finishes are tungsten gray and black. It is slightly taller, wider and longer than a Glock 19; it would be more comparable in size to an H&K VP9 or Walther PPQ.

The subcompact variant - the TP9 Elite SC - trims barrel length to 3.6 inches and capacity to 12+1 with the pinkie rest magazine, but also ships with a 15-round extended magazine. The Elite SC comes with a pre-milled slide, so you can mount the optic of your choice.

There's also a competition model, the SP9SFX. The X stands for "extended." As you might guess, it has a 5.2-inch barrel with an extended slide, and comes with extended 20-round magazines. It's just like the standard SF, just bigger. If you need more capacity, and the utmost in controllability without giving a darn about concealability...this is your gun.

Other tactical models include the EC series, or Elite Combat. The slide is optics-ready and the gun is tuned by Salient Arms, including a flared magazine well, Salient Arms-designed sights, and a Salient Arms threaded and extended barrel. You can choose an FDE finish with black barrel, or get the Combat Executive, which has a black finish with gold barrel.

Of course, you can also opt for the bells and whistles models from Century Arms.

The TP9 Elite SC can be purchased with an included RMSc Shield optic. MSRP is $649, which is what you'd have to spend just to get the optics-ready version from most other brands. Century Arms gives you the full enchilada for a carry gun.

For more of a competition/home defense pistol, there are a couple of full-meal-deal models as well.

Century also offers a TP9 SFX with a Vortex Viper optic, as well as an Elite Combat with Vortex Viper model. While neither is cheap - $826 and $949 MSRP - it's actually less than you'd spend putting an optic (AND the fiber optic sights) on, a Glock MOS model or Smith and Wesson Performance Center CORE model.

In short, what is it about these budget-friendly Turkish blasters? An awful lot of value for money. We've had them in the office, and we've shot them (heck, a few people in the AGH offices own a Canik) and we can't think of a gun that gives you anywhere near the quality for price paid. They're rugged, accurate, comfortable, reliable and eminently affordable.

All things considered...that makes them some of the best handguns out there.