Everything You Need To Know About Concealed Carry And School Zones 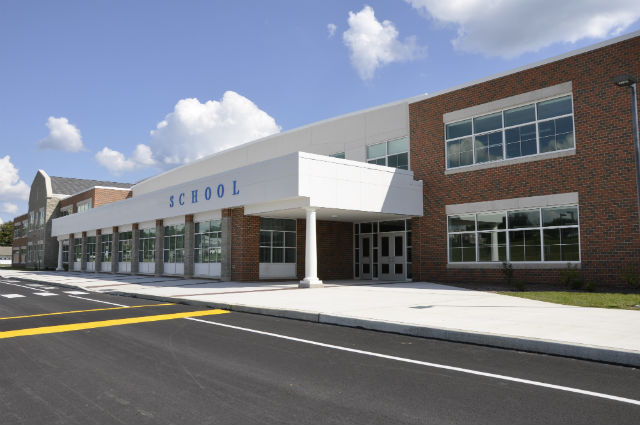 Concealed carry and school zones is actually not what you think it is. Most people believe that the federal government has made it illegal to have a gun in a school zone.

That's actually not true, and we're going to go over why.

Schools being gun free zones is a little more complex than most people realize, but it's hardly rocket surgery, so we're going to go over the broad strokes of what you need to know.

Bear in mind, we aren't lawyers and this isn't legal advice. You need to talk to a lawyer if you want actual legal advice, so please do so if that is the case.

So with that in mind… 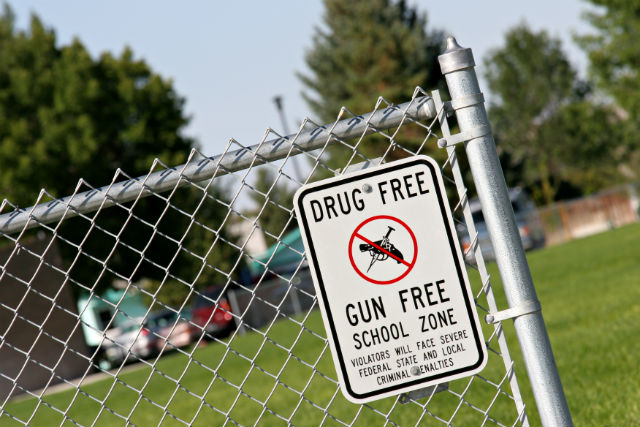 The concept of "gun free zones" came into being with the passage of the Gun-Free School Zones Act of 1990, which made it illegal to possess a gun on school grounds per federal regulation.

Except, that is, in certain circumstances...and here we have what just about everybody gets wrong about this particular law.

In other words, it's perfectly legal to possess a gun on school grounds IF you have a concealed carry permit. It's legal if the gun is unloaded and in a locked case or (again, unloaded) in a gun rack in a car.

It's also legal to cross a school zone with an unloaded gun if you're accessing public or private land for the purposes of lawful hunting. It's lawful for a police officer to be armed on school grounds, and it's lawful if you have permission from the school for some purpose.

It could be part of a school program, or perhaps a person is an armed security guard in the school district's employ.

In other words, per federal law, it is actually legal to have a gun in a school zone or on school grounds if those conditions are met.

Why does everyone think it's illegal, though?

Because that's federal law; STATE law is another matter! 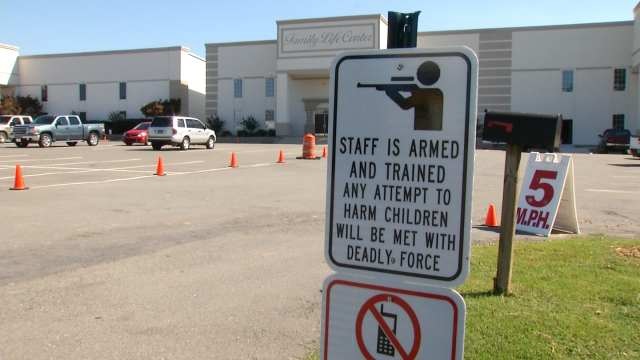 Now, as far as schools are concerned, federal law obviously allows for people holding a permit - or those legally eligible to carry/possess firearms in a constitutional carry state - to conceal and carry in school zones.

State law, however, is another matter, as schools are usually state property and therefore have the controlling interest as far as school policies are concerned.

Now, exactly WHAT states mandate as far as guns and school zones are concerned depends entirely on what state you're in. Some states are incredibly strict, others take a more balanced approach.

It is up to YOU to research and know the law of your city and state regarding guns and school zones. Ignorance of the law will not be an accepted excuse.

Section 18, Chapter 33 of Idaho's criminal code states that it is a crime to possess a firearm on school grounds or buildings (public or private) unless:

In other words, you can't carry on school grounds at all unless you're a police officer or authorized by the school's board of trustees to do so, but you CAN be armed while dropping your kids off at school or taking someone to work there.

These would be something of a balanced approach; you can have guns on school property if they are secured in your car. Some restrictions, yes, but you don't have to disarm to make the school run.

Some people will say that that's too restrictive and maybe it is, but the point isn't to debate the merits of gun-free zones on school grounds; the point is to illustrate the differences in state laws on this topic.

Texas, by contrast, is much more liberal. Texas Penal Code Chapter 46, Section 03 forbids carrying of a firearm on school property at all...unless you have a permit.

Texas also forbids colleges from outright prohibiting concealed or open carry by erecting 30.06/30.07 signs, but does gives colleges latitude to prohibit weapons in certain campus locations. However, they do not thusly forbid primary or secondary schools.

However, some states are much more draconian. Massachusetts (Chapter 269, Section 10) forbids carrying firearms on school grounds even if you have a permit. The only exemptions are for police officers or people who have written permission from the school board.

So, as you can see, the laws vary. Make sure you check your state and local laws.

So, What Do I Do About Concealed Carry Around Schools? 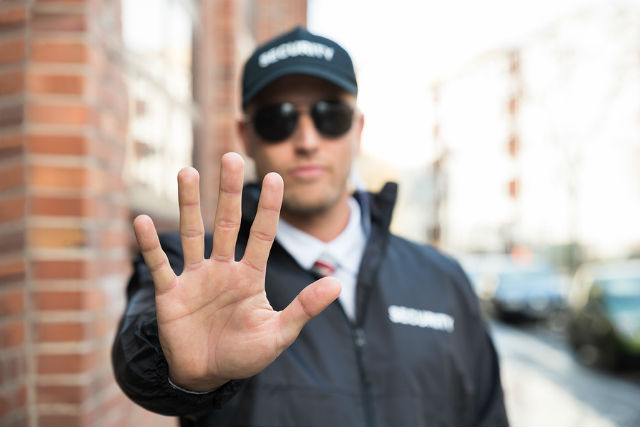 So...what does that mean for you and concealed carrying in or around a school?

First, know the law. Look up the relevant statutes in YOUR state of residence. Read them. Read them again if you have to. Know what they say, and understand the concept - letter and spirit - behind them.

Massachusetts wants guns kept away from schools, period, unless you're a cop. Texas is fine with it unless you have a permit, but that doesn't necessarily mean a school is, so watch for signage in that state.

Idaho and Washington, and states with similar laws (which, again, are common) want guns kept away from schools, but it's okay if you lock it up in your car or if you're just dropping the kids off.

Therefore, unless you live in a state that allows carrying at school with a permit, it needs to stay in the car. If you're carrying a handgun in a holster on your person, that's no big deal; you just stay in the car.

If securing the gun in the car is required, get yourself a car safe to store and secure the pistol while not in use. If you aren't going to be out of the car long, you can also consider a holster mount.

You need to have some method of securing the gun while you're out of the car. It's one thing if you're just walking the little ones up to the door and will be back in a moment. It's another if you're going to be out of the car for a while.

Remember, too, that off-campus school events are considered a school zone, so the idea also applies at football games and so on, so the same idea applies.

School zones aren't necessarily as "gun free" as some people believe they are, but - again - you have to know what the rules are.

Obviously, it would be preferable if there weren't any gun-free zones but that doesn't mean we aren't responsible to follow the law that currently exists. Learn what it is for your city and state, and go from there.