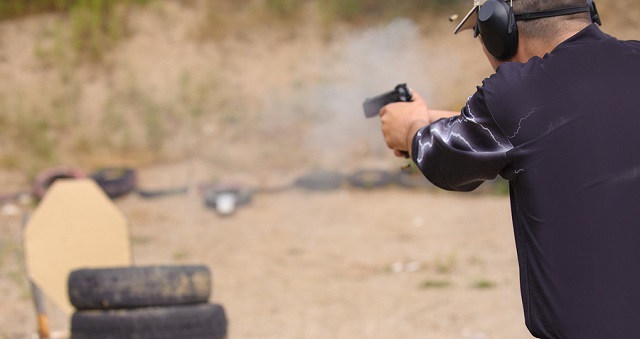 You might find yourself torn between the CZ P07 vs Glock 19 if you're looking for a practical, tactical compact that can do it all. Both of these pistols are definitely Goldilocks guns; they're small enough to pack on a daily basis but big enough to use as a duty gun, competition gun, whatever you want.

These guns are very alike in many ways. The frames are polymer, so they're fairly light. There's a rail for lasers or lights. Aftermarket support abounds. Both are accurate, reliable, affordable and very available.

However, the operating systems are quite different. The CZ P07 is a DA/SA with CZ's Omega system (you can use a decocker or manual safety) and the Glock 19, of course, is primus inter pares of striker pistols. Will that make one better for the average Joe than the other? 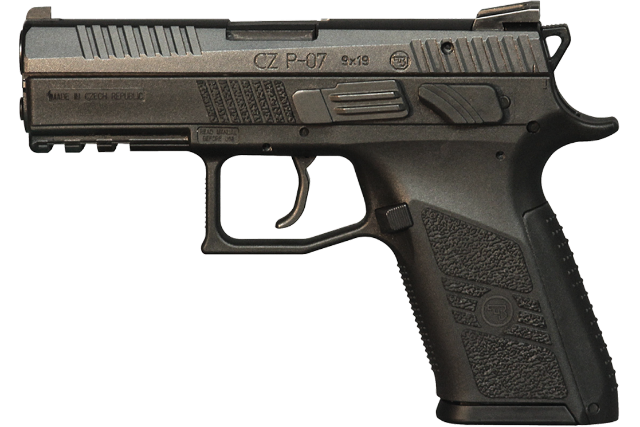 So if you actually were deciding between the CZ P07 vs Glock 19, let's talk first about the CZ P07.

The P07 is a 21st century version update of CZ's classic format, a hammer-fired double-action semi-auto pistol. The slide still rides inside the frame rails, so lock-up is tight but the frame is changed to polymer instead of steel or alloy. As a result, the slide got a little fatter compared to the CZ 75 family of pistols.

Specs consist of a 3.75-inch barrel, with overall dimensions of 7.2 inches long by 5.3 inches tall by 1.46 inches wide. The frame is about an inch wide, so the girth is in the ambidextrous controls as it has ambi decocking levers or manual safety levers. It weighs in just under 28 ounces unloaded, and carries 15+1 of 9mm.

CZ's Omega trigger system lets you change the gun from a manual safety to a decocker and back if you so desire; this lets you drop the hammer or carry cocked-and-locked if you so choose.

The frame has a full-length dust cover with a rail, so you can use an attachment if you so chose. The grip housing has swappable backstraps, with a couple different sizes of palm swell you can choose from. There is stippling on the back, front and sides of the grip for texture. Some other appointments include an oversized trigger guard, which is undercut, and a medium-ish beavertail on the frame. This gives you a high, tight and comfortable grip.

Standard sights are three-dot, with a drift-adjustable rear and fixed front sight.

The base model starts at $510, so it has a lot of features and a price that's nice.

We aren't going to dwell too long on going over the Glock 19; we all know what it's all about.

Look...it's a Glock 19. We all know what you're getting. It's one of the standards by which modern handguns are judged, especially striker-fired poly frame pistols. There isn't any one dimension where it's overwhelmingly good; the trigger kinda stinks, stock sights aren't great, it isn't the most ergonomic and it isn't the most accurate...but it runs like a top out of the box, anyone can learn to use one and it's rather easy to get reliably decent with one.

Okay, so what could tilt a person towards the CZ P07 vs Glock 19 in one direction or another?

There are a few aspects in favor of the P07 and some in favor of the Glock 19. You need to figure out what is important to you. Both are excellent pistols with a lot to offer.

The P07 has the better trigger, though it is double-action which is a turn-off for some people. The DA pull is about 9 lbs, but is smooth with minimal take-up or stacking, and single-action breaks at about 5 lbs. The P07 has one of the better DA triggers for a working gun, better even than many guns with twice the price tag (such as those whose name rhymes with "Schmig Schmauer") so it's well-worth the look for a DA pistol.

If you aren't used to it, you'll need to invest some time in learning the DA trigger pull. However, it doesn't take long to get the hang of it.

The Glock 19...well, it's a Glock trigger. It's usable, but there are far better poly striker trigger systems out there such as the H&K VP9.

The CZ P07 is slightly better ergonomically but Gen 4 and Gen 5 Glock pistols, with the swappable backstraps, can still be made pretty comfortable. Some find they prefer Glock's 22-degree grip angle, and some find they do not. CZ is closer to 18 degrees, much like a 1911.

Since the CZ's slide rides inside the frame rails, it's a bit harder to rack but it has aggressive slide serrations that make it easier compared to other CZ pistols. Granted, it's not difficult to figure out so you shouldn't have too many problems, but some people might notice it.

If there's a real downside to the CZ it's that it enjoys a bit less aftermarket support than the Glock 19. Not that there's nothing out there, but upgrades for various bits like sights and so on may take slightly more hunting to find.

Price points are roughly the same, as both can be found fairly easily for about $500 or a bit less. Had I to guess, you could probably pick up the CZ for a little less.

If you asked me which I'd buy, I'd get the CZ. The Glock 19 is the standard by which compact pistols are judged and for good reason, but the CZ feels better to me and I prefer DA/SA systems. For me, a DA/SA pistol with a decocker is a nearly perfect fighting pistol so long as a person does the work learning the DA trigger and the controls. But that's for me; you might think something else.

Get out there and handle both. Shoot both! The one that feels better and you can run better is the one to get. Both are great choices of concealed carry or competition pistol.