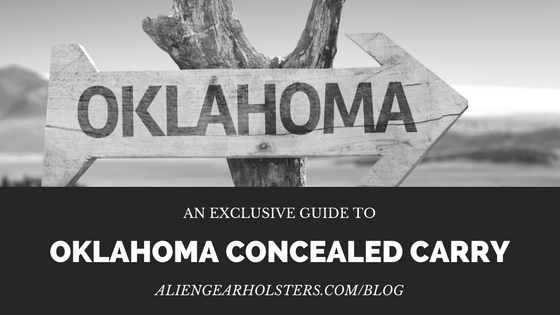 Given that the state recognizes all valid out of state permits and has a handgun license that expires after 10 years, Oklahoma concealed carry is relatively relaxed and has minimal barriers to entry.

That being said, there are restrictions on who may carry when, why, how and for what reason.

Bottom line: get a handgun license before concealed carrying in Oklahoma. But, as with anything in life, there’s a bit more to it than that.

How Concealed Carry In Oklahoma Works: Applications, Procedures And Restrictions 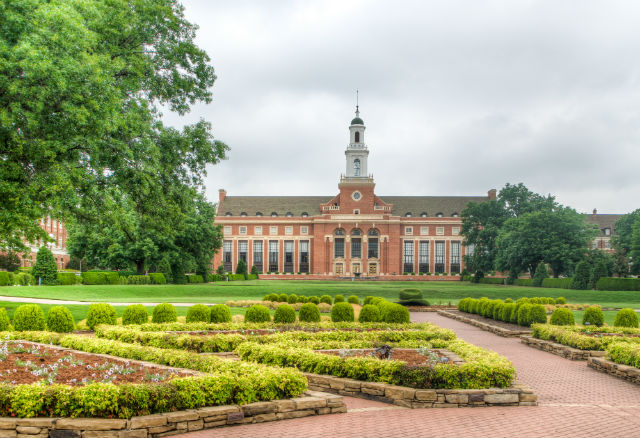 The Oklahoma Self Defense Act allows concealed carry in Oklahoma only with a handgun license issued by the Oklahoma State Bureau of Investigation.

The Self Defense Act license, however, is long-lasting, expiring after five or ten years depending on the license purchased. It also affords the right to open or concealed carry.

Make no mistake, it’s illegal to carry a CCW (or openly carry) in Oklahoma without a license. Non-residents may not apply for an Oklahoma handgun license, but Oklahoma’s reciprocity is immensely inclusive.

More on that later.

First, here’s how to get the license as an Oklahoma resident applying for the first time, but the process is the same for those with a license that has been expired for three years. The only difference is there is no training requirement for expired license renewals.

The first step is understanding the Oklahoma Self Defense Act and its various eligibility requirements. As a warning, laws shift often, which is an important indicator that this guide is not formal legal advice, but should serve as a stepping stone toward properly exercising Second Amendment rights and their translations through the eyes of state governments, which are also prone to change.

According to 21 O.S. 1290.9, there are some eligibility requirements for a handgun license:

These requirements are expanded on by 21 O.S. 1290.10, which outlines what will bar an applicant from a handgun license.

There are more preclusions under 21 O.S. 1290.11, many of which read similarly to the prior list. Many of which are fairly straightforward or common sense.

So, basically, read the Self Defense Act and have a clean record. Once those are accomplished, complete the mandatory safety course training and the demonstration of live-fire competency. The approved instructor will provide certification of this.

Some applicants are exempt from the training component, and 21 O.S. 1290.15 outlines all those who may qualify for the exemption.

The sheriff will take two sets of fingerprints and conduct a background check. The applicant will be charged $25 to cover these services and there will be a fee to be paid to the Oklahoma State Bureau of Investigation.

A run down on the fees:

Applications will be processed within 60-90 days and the applicant will receive notification of the results, even if they’ve been declined.

As of November 2014, the Oklahoma State Bureau of Investigation allows a 90-day grace period to renew the license after it’s expired. After those 90 days have passed and the license is not renewed (in essentially the same process as an initial application without the training certification), it is illegal to concealed carry.

At a total of 256,612 active license holders as of May 2016 with approximately 3,000 new applications every month, according to the Oklahoma State Bureau of Investigation, the licensing authorities have their hands full with processing and administration.

Be patient. Relax. The license will be awarded soon enough, provided all the applicant’s ducks are in a row.

Once the license is in hand, make sure not to carry in prohibited locations.

Oklahoma Concealed Carry Is Not Statewide, There Are Location Restrictions 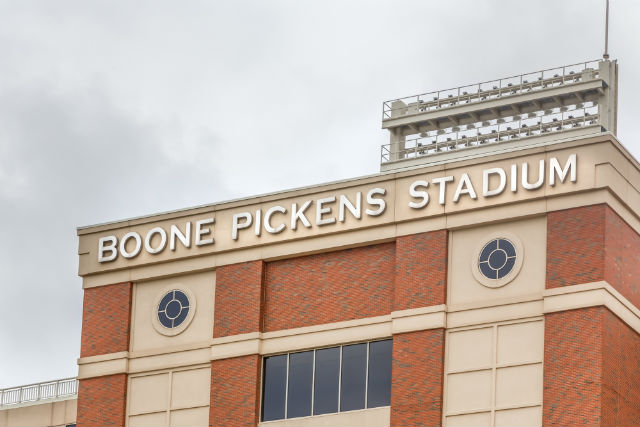 There are two sections within state law that limit or otherwise dictate where Oklahoma concealed carry is allowed.

The first is 21 O.S. 1290.22. This states that no portion of the Self Defense Act inhibits business or property owners from restricting firearms on their premises. Basically, the management or land owner has the final say on whether or not guns are allowed on their own property.

Businesses, however, cannot restrict firearms stored in vehicles parked in areas designated as parking lots. The concealed carrier may be denied entrance to the business or be asked to leave the business with signage that clearly indicates firearms are prohibited on the premises.

Failure to comply may result in a citation and a fee of up to $250.

Aside from businesses that prohibit firearms, 21 O.S. 1277 states the following locations are a no-go for CCWs:

Do not carry a firearm where alcohol or liquor is consumed.

However, firearms are generally not prohibited in parking lots, properties adjacent to locations that prohibit firearms, parks, recreational areas or fairgrounds.

Otherwise, those with an Oklahoma handgun license is free to carry in other locations throughout the state.

What about those with out of state CCW permits?

Oklahoma concealed carry reciprocity and how it works

As it stands, Oklahoma concealed carry reciprocity for out of state permits is as straightforward as it gets.

According to 21 O.S. 1290.26, Oklahoma recognizes any concealed or unconcealed weapons permit or licensed issued by any other state. If the nonresident is from a nonpermitting state, Oklahoma law will match the permitting law of that state.

Currently, there are 36 reciprocating states, but that is not a permanent number. It may increase or decrease with developing legislations.

A CCW map is the best bet to stay up to date.

Click On Another State To Learn About Their Concealed Carry!