How Can I Use A Belly Band Holster? 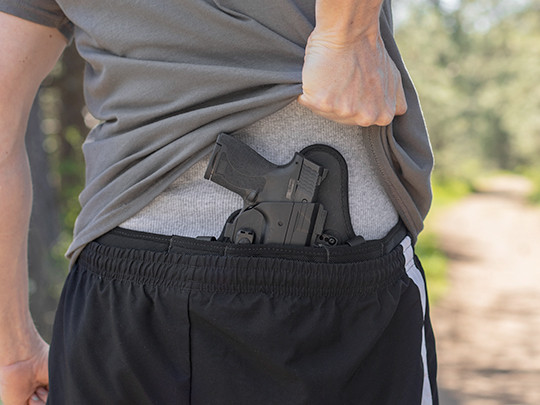 How can you use a belly band holster? Any which way you can.

A belly band can be used as either a complementary part of your carry gear, or as a primary carry system. Some people use them in the former capacity, others in the latter.

What's best for you?

It depends a lot on you and how this type of holster system fits into your lifestyle.

But that said, let's talk about what you need to know about belly band holsters and how best to use them…

Why Would I Use A Belly Band Holster? 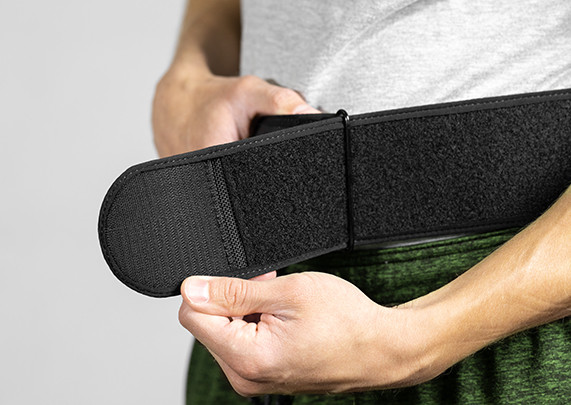 Generally, there are two primary reasons a person uses a belly band holster.

The first reason is because you aren't wearing clothing conducive to use of a traditional belt and carry holster.

Sweat pants, gym shorts, a velour jogging suit (we loved "The Sopranos") or drawstring pants (such as scrubs) that lack belt loops preclude the use of a traditional holster and belt. Therefore, a belly band gives people a means to stay armed if not wearing typical clothing.

You might want to stay armed going to the gym. Maybe you're staying comfy around the house, but need to run out for a bit. Maybe you wear scrubs for work.

Point being, some people find themselves in a situation where they want to conceal and carry, but can't or don't want to put on typical pants and a belt.

The other common reason is that some people find a typical gun belt and holster uncomfortable, or may have a physical condition that makes it untenable.

Hernias can make use of a belt of any sort (and therefore carrying a gun on the belt) painful if not impossible. Some people also just find a heavy leather gun belt to be bulky and otherwise not to their liking and they look for alternate carry methods. 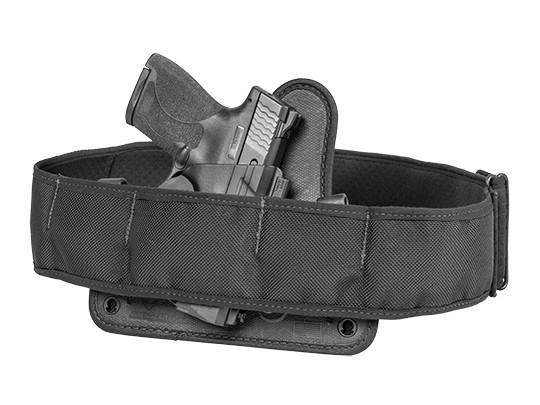 Belly band holsters also beg the question of wearing the gun while exercising.

A belly band holster is a totally practical and feasible solution for keeping a gun on you while jogging or walking when outside, which is how many people use them. Who wants to wear a belt on a run, anyway?

If your belly band is secured properly to the body, and the pistol is properly secured in the holster, then you're totally fine with that kind of typical exercise.

However, take care to ensure the gun is totally secure if you're a serious runner. The more vigorous your exercise, the more secure the pistol needs to be.

As far as wearing the gun in the gym...you could, but the truth is that you're better off storing the gun in a locker rather than wearing your gun while you workout.

If there's a good possibility of violence occurring at your gym, you need to go to a different gym.

Also, most gyms are situated near a parking lot, which is where you're far more likely to encounter a threat than in the gym itself. Having the gun on from the car to the door and from the door to the car is thus more important than having it on when working out.

Where To Wear A Belly Band Holster On The Body 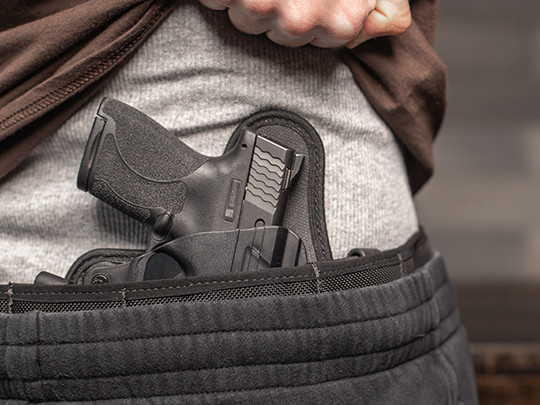 But that doesn't necessarily mean you'll be able to use it competently if the moment of truth should ever arrive.

The best location to wear a belly band is as close to your natural waist as possible, with the holster located where you would normally carry a gun on the strong side.

The reason why pistols are carried on or close to the waistband, concealed or open, is several-fold.

It's the best location ergonomically, as reaching for, grasping and drawing the pistol is easy. The shoulder joint can't impinge or otherwise be impeded, and ultimately the motion is more efficient compared to putting the pistol anywhere else on the body.

Concealment is also easier. A gun worn above the waist will imprint through clothing more easily, and clearing the cover garment takes more time and effort as you have to lift a shirt higher or otherwise fumble with your clothing to get access to the pistol. 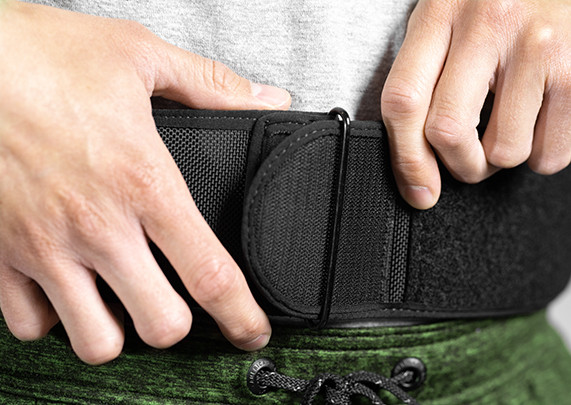 Belly band holsters can be safe...so long as they are made correctly.

A lot of belly band holsters are little more than basically a spandex girdle with a pocket sewn into it with a cheesy retention strap with a bit of velcro. Some move up to nylon webbing, but still fall well short of the needed protection for carrying a gun safely and securely.

The fabric can easily snag the front sight or the controls on the draw. Often enough you'll actually be able to feel the trigger through the fabric of the holster. That's completely unsafe.

If a belly band holster can't carry a pistol safely, and makes it more difficult to get the gun into action than a regular holster does it's worse than useless. Safety and function are two things that you can't compromise on when carrying a gun.

Belly band holsters that are made correctly are either those that attach an actual IWB holster to the body, or include a hard-molded retention shell to adequately protect and retain the pistol.

What Kinds Of Belly Band Gun Holsters Are Out There?

There are a few different types of belly band gun holsters on the market.

Some are basically a girdle that have a holster pocket attached. Some are specifically made for use on the torso, up on the belly close to the chest. Others are made more for use on the waist, though belly bands of this type can also be used elsewhere if needed.

The latter type of designs are the ones to acquire, as they involve the least amount of compromise.

Look, here's something of a dirty secret about gun holsters.

Like we mentioned, there are certain things a holster has to do. It has to keep the gun safe, carry it securely, allow for the pistol to be drawn and reholstered, and be comfortable enough to carry it around.

A lot of different holster designs will compromise one of those attributes for the sake of another.

You, as the person who's responsible for carrying the gun, should accept as little compromise as possible.

Alien Gear Holsters doesn't believe in compromise. We believe that a holster needs to work, first and foremost, as well as be comfortable to carry. You shouldn't choose one or the other, or have to.

The Sport Tuck Belly Band Holster system is a belt system, worn inside the waistband. It has two durable web loops, which you use to attach an Alien Gear Holsters IWB holster to.

The holster belt clips attach to the interior loops, and the belly band itself is fastened. The holster is placed at your typical carry position.

This allows for comfortable carry inside the waistband without needing a traditional belt, but without any loss of functionality.

Additionally, since the holster and pistol are carried at the normal position in the waistband, no training gaps emerge. Your technique stays the same for drawing and presenting the pistol from the holster.

Remember: it's not the tool but the craftsman. If you can't use your gun effectively, it means nothing to have one.

Therefore, whatever gear it is that you invest in, make sure it's made to put you in the best possible position for success.

Find The Sport Tuck Belly Band Holster For You!