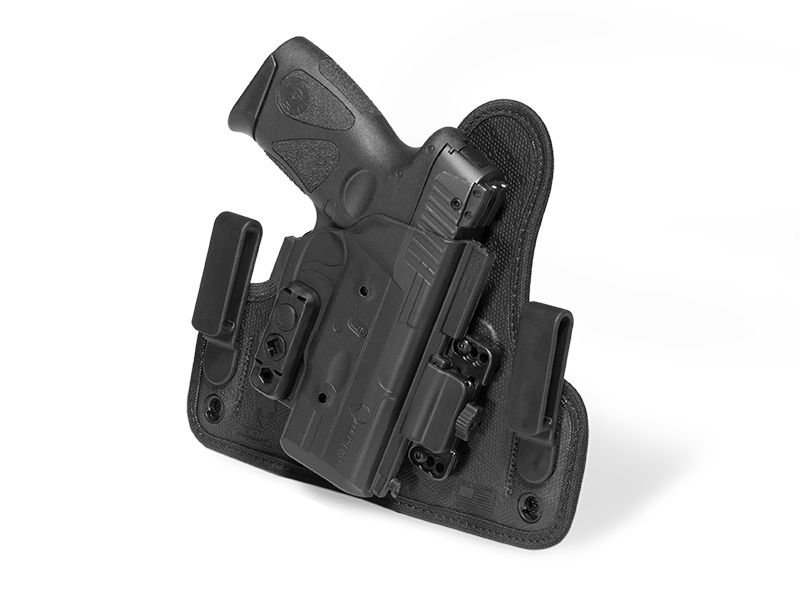 Taurus USA has a new single-stack subcompact 9mm out, which we'll be going over in this Taurus G2S review. The G2S is a new variation on an established theme, as it should be mighty familiar to anyone who owns or at least knows about Taurus pistols.

Is the Taurus G2S a good pistol to pick up and pack? It certainly has a lot going for it in certain regards. Read more of Alien Gear's Taurus G2S review and we'll get into it!

Taurus G2S: Variation On A Theme 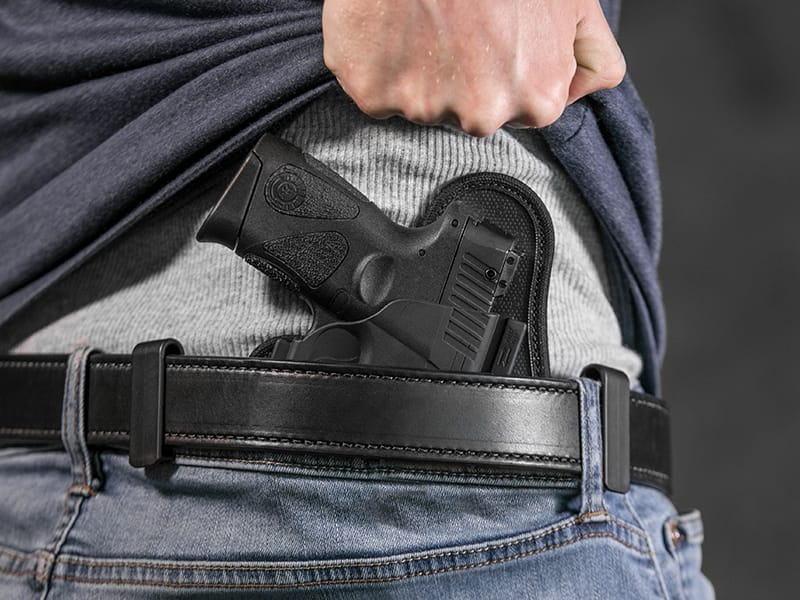 If you look at the Taurus G2S, you'll probably think "isn't that the G2?" And you'd be onto something.

Taurus USA revamped their compact pistol lineup recently, re-branding the Taurus PT111 G2 as the G2C. The "C" stands for "Compact." They also got a bit clever and created a single-stack version, which was dubbed the G2S.

However, this did mean that their other single-stack subcompact 9mm was surplus to requirements and as a result, the PT709 Slim is no more. It has ceased to be. It has expired as it's no longer being made by its maker. It has run down the curtain and gone to the great Gun Store In The Sky, at least as a production model.

The G2S has taken its place in its lineup as Taurus' slim, subcompact budget carry gun. Granted, the internals of the PT709 weren't vastly different from the PT111 G2 anyhow. Now the slide and frame are a bit fatter than the single-stack version. Other than that, there's only a few differences.

The good news there is it made things real easy for us here at Alien Gear Holsters, and you can obtain a Taurus G2S ShapeShift holster for comfortable concealed carry.

However, for those unfamiliar with the Taurus G2 platform...let's get into the features.

Walkthrough Of The Taurus G2S 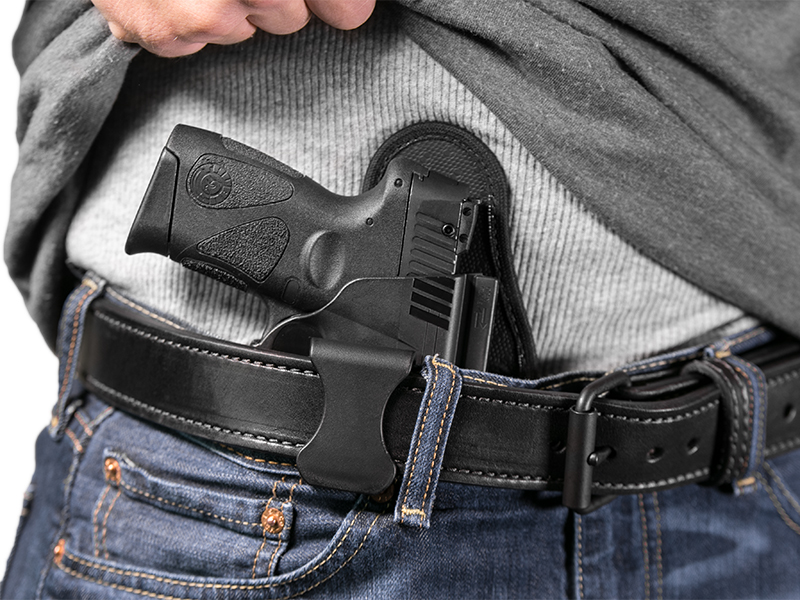 The Taurus G2S shares a 3.25-inch barrel with the G2C and both are chambered in 9mm. Previously, a PT140 G2 and PT740 G2 were available in .40 S&W. None are available in that chambering at the moment, but Taurus's website mentions a .40 S&W model, so it's likely coming. You can get a black or stainless steel slide.

Like the G2C, the G2S features several textured areas around the grip, which feel a bit sandpapery but aren't uncomfortable against the skin. Grippy, without acting like a rasp. The finger rest and thumb relief cuts - which many find to be a pleasant feature on the G2C - aka The Artist Formerly Known As The PT111 G2 - are present as well.

The slide is very similar in appearance, though the G2S has a slight melt on the vertical face of the business end of the slide rather than the top. The sights are the same three-dot units, a combat rear ramp and front blade, both dovetailed so they are driftable if needs be. Just like the "Compact" model, there is a 1913 rail for lights/lasers.

Magazine capacity is 7+1 of 9mm. It isn't known for sure if the G2S takes the same magazines as the PT709 Slim, but it's conceivable that it might. However, the G2S does have a slight pinky rest so it may not.

The slimmer magazine means reduced width as well, though not by an enormous margin. Overall dimensions are 6.25 inches long by 4.8 inches tall by 1.1 inches wide. Unloaded weight is 20.25 ounces, putting it basically inline with similar pistols like the M&P Shield, Glock 43 and so on.

Controls are left-side only. There is a manual safety, which you can choose to carry with engaged or not. You'll need to run the slide release to operate the pistol as the slide locks back on an empty magazine, so no sling-shots here. The magazine release is low-profile but useable.

The trigger has double-strike capacity. Taurus bills them as DA/SA...but they aren't, because they're striker-fired. It's more that the "DA" trigger mode half-cocks and trips the striker, and the "SA" mode has a ¾-cock. Trigger pulls have barely any takeup at all, with a sudden stack and break at the end. In "DA" mode, the stack occurs about ⅝ of the way through the trigger pull. 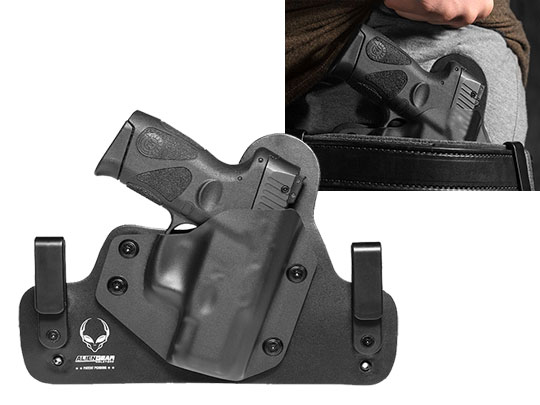 We can give you OUR impressions in the Taurus G2S review, but ultimately a lot of this will come down to YOU. Does it feel good to you? Did you shoot it, and like how it worked? That's what will matter more.

Budget guns are an exercise in compromise, to a certain degree. Basically, you have to ask yourself what you can you live without in order to get a working gun at a good price?

Here is what you'll have to accept with the Taurus G2S.

The trigger. It's mushy, though not gritty, as it is a tabbed plastic lever, so it doesn't have the best feel. It's light and smooth with a defined break at the end and a tactile-enough and audible-enough reset, but it's just numb. Taurus says it has a 5-lb break in "single action" and 9 lbs in "double action." We didn't have a trigger gauge on hand, but the latter figure is not entirely believable. It's more like 5 lbs both ways, but the stack happens earlier in "double-action" mode.

Granted, and perhaps this is beating a dead horse, the fact of the matter is most striker pistols have lousy triggers. They're known for it. Only a few have a go-pedal that is widely well-regarded, and it's pretty much limited to guns by Walther or the H&K VP9 or VP40. The Taurus G2S trigger is not really too much worse than a Glock or Springfield XD trigger. Is it bad, though? No; it's usable, but no more.

The plastic frame has the same chalky feel of other plastic pistols. Maybe you'll notice that, maybe you won't. Lefties will certainly not appreciate the lack of ambidextrous function.

That said, the pistol is fairly comfortable in the hand and the backstrap is large enough to get a decent grip. Those with the largest of hands won't get a full grip, but those with larger mitts won't have too much problem getting good purchase.

This isn't a target pistol; this is a concealed carry pistol intended for getting up close and personal. At combat distances it's more than accurate enough for government work and easily controlled. Will you win IDPA events? Probably not, but will it run reliably enough to be counted on at the moment of truth? Absolutely.

Overall, if you wanted to get a slim, single-stack subcompact for daily packin' with parting with too much, this pistol should be at the top of your shortlist.

← Previous Next →
3 Comment(s)
Hector Madrigal
Good luck with that one!!! My pt111 right out of the box will shoot NO MORE than 2 shots before getting stuck!!! Called taurus and they said basically to try ALL ammo brands until I find one that actually works and not to bother with sending it in because they will just put back in the.mail.....customer.service???? Where????
Reply
Richard Oliver
Taurus does have the G2C and G2S available in. 40 S&W. I
Reply
Rodney Freeman
My G2s doesn't eject the empty cartridges. I've fired it being sure not to have a " limp wrist " and I've tried several types of ammo. How to correct this issue?
Reply